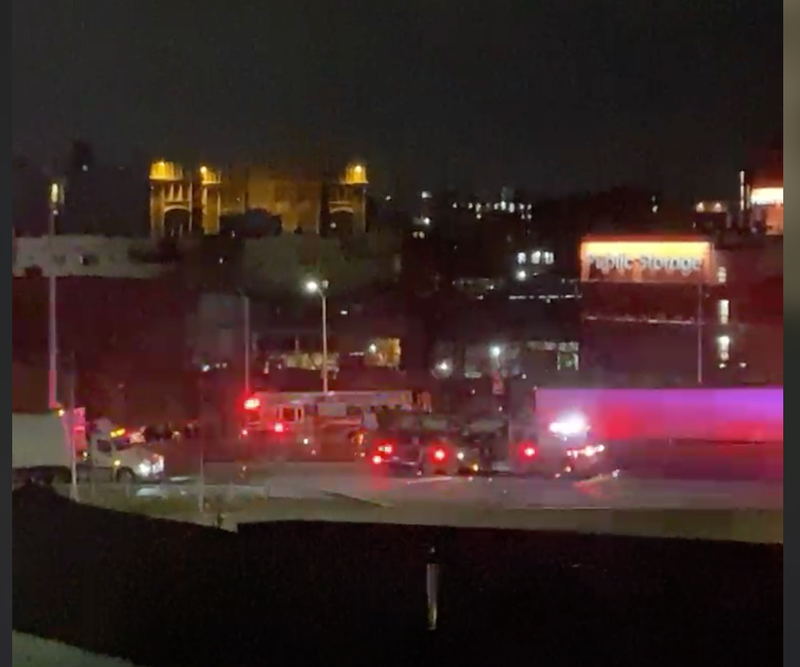 NEW YORK (1010 WINS) -- Police are investigating a fatal crash on the Brooklyn-Queens Expressway early Friday morning after the driver is suspected of drinking and driving.

Officials said at around 12:40 a.m., a 22-year-old woman was traveling east on the BQE in a vehicle with a 23-year-old man in the front passenger seat and a 33-year-old man in the rear seat when she lost control of the wheel, striking a barrier cushion near the Flushing Avenue exit.

The passenger was thrown from the red two-door Scion on impact and was found by first responders lying in the roadway.

He was rushed to Bellevue Hospital, where he later died of his injuries authorities said.

The driver and a 33-year-old rear seat passenger were rushed to Woodhull Hospital and expected to survive.

Officials took the driver into custody on suspicion of drunk driving although no charges were immediately filed, according to police.

All three eastbound lanes of the BQE were temporarily shut down early Friday as authorities continued their investigation.