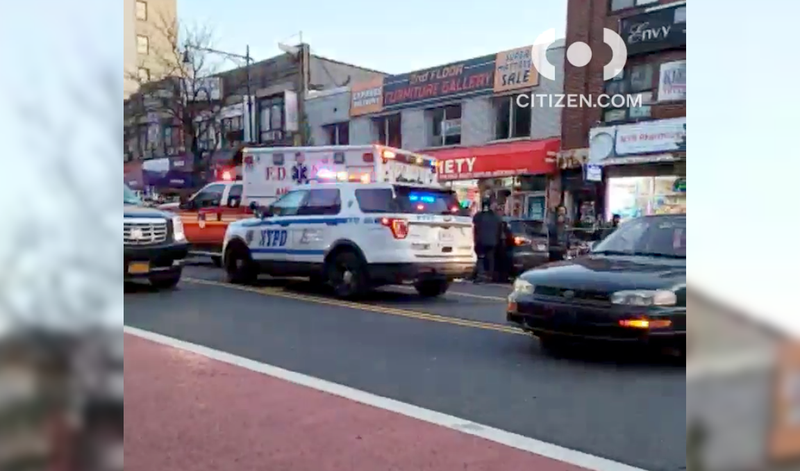 NEW YORK (1010 WINS) -- A 38-year-old man was killed and a 41-year-old woman was wounded in a stabbing attack in the Bronx on Tuesday evening, police said.

The two victims were found slashed and stabbed on E. 149th Street, near Morris Avenue, in Mott Haven around 4 p.m. Tuesday, according to police.

The man had been stabbed multiple times in the torso and the woman had been slashed on her left arm, police said.

Citizen App video shows police and EMS at the scene after the stabbing. Crime scene tape appears to be surrounding a minivan with its driver’s door open.

The two victims were rushed to Lincoln Hospital, where the man was pronounced dead and the woman was in stable condition. The man has not been identified.

It’s unclear what led up to the attack. Police said an investigation is ongoing and that no arrests have been made.