NEW YORK (1010 WINS) – A man was shot, pistol-whipped and robbed as he left a New Year’s Eve party at a Bronx hotel early Friday, police said as they released new surveillance video of the suspected shooter on Saturday.

The 30-year-old victim had just left the party at a hotel near Summit Avenue and E. 161st Street in the Highbridge section, but he returned to the hotel room around 1:15 a.m. to retrieve his phone, according to police and the Daily News.

When the man got back to the room and said he had left his phone there, he was pistol-whipped in the face by another man, police said. 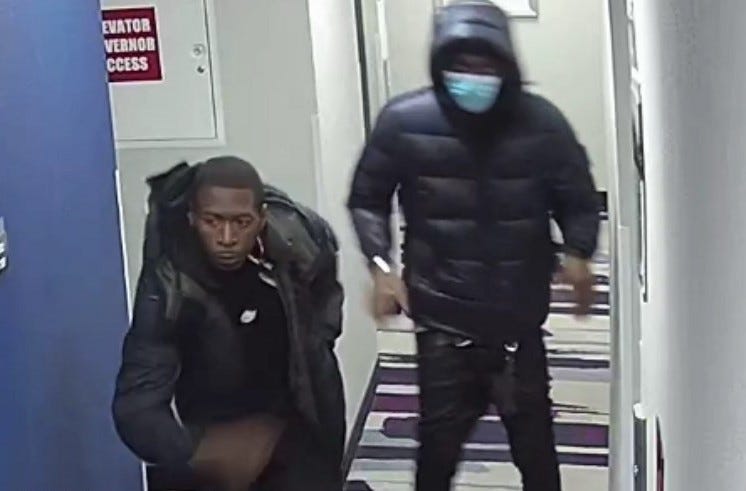 The man then stole the victim’s watch and fired one shot, striking him in the leg, according to police.

The victim was taken to Lincoln Hospital in stable condition with injuries to his face and leg.

The shooter and another man took off down Summit Avenue after the shooting, police said.

The NYPD released surveillance video Saturday showing the suspect and his alleged accomplice running down a hallway of the hotel.