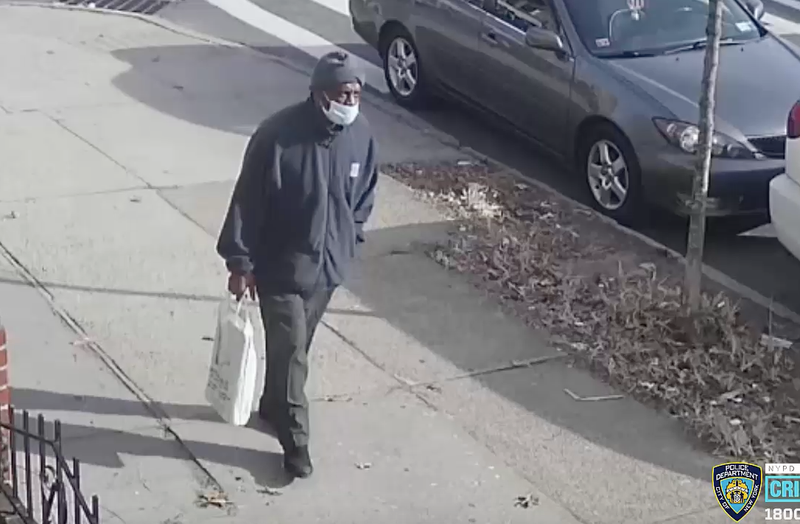 NEW YORK (1010 WINS) -- An intruder stole more than $1,000 worth of jewelry, cash and electronics from a 78-year-old woman after making his way into her Brooklyn apartment, the NYPD said Monday.

The man entered the woman’s apartment near Grant Avenue and O’Brien Place in Cypress Hills through an unlocked front door around 1:35 p.m. on Jan. 25, police said.

When the woman returned home, she discovered the man inside her apartment. The man then ordered her into her kitchen, where he demanded cash, the NYPD said.

The man fled the apartment with $50 in cash, a Dell laptop, a NOOK eReader and $1,000 worth of rings, police said.