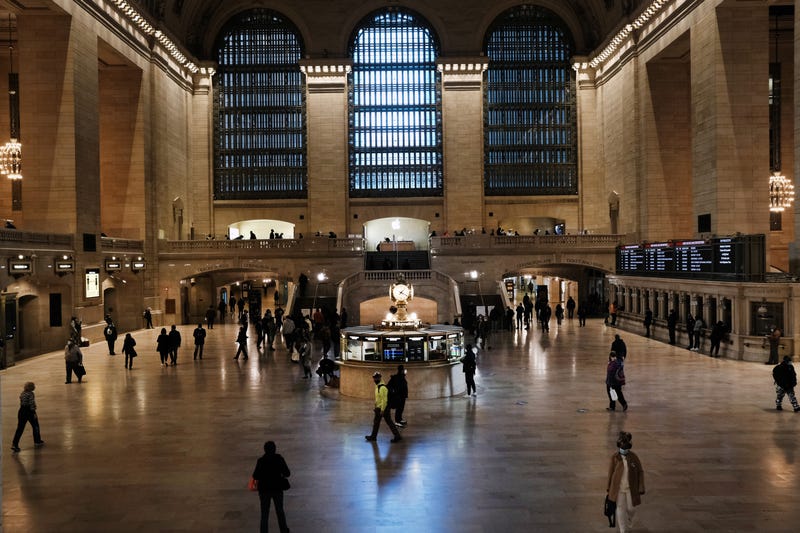 NEW YORK (1010 WINS) -- Mayor Bill de Blasio said New York City will likely become a COVID orange zone during the first week of December, a move that would bring new restrictions to the five boroughs, including the closure of indoor dining and gyms.

"The restrictions that are coming. I've been very overt in the fact that the governor said an orange zone is coming. By our own projections, based on the state data, that will happen soon after Thanksgiving, probably the first week of December," de Blasio told radio host Brian Lehrer on Friday morning.

On Twitter, the mayor warned "the second COVID-19 wave is real and we must take it seriously." He said there were 1,307 new cases and 102 patients admitted to hospitals in the five boroughs, while the city's seven-day positivity rate had risen from 3.01% to 3.02%.

The second #COVID19 wave is real and we MUST take it seriously.

Here’s a look at today’s indicators:

De Blasio already hinted at new restrictions during his Thursday briefing, when he said “the state has made very clear additional restrictions are coming and coming soon.”

Gov. Andrew Cuomo said this week that the city would become an orange zone if its positivity rate surpassed 3% by the state's estimates.

Schools, both public and private, would have to move to remote learning. The city already closed public schools on Wednesday after it determined the seven-day positivity rate was 3%.

Here are the orange zone restrictions:

• Schools: All NYC public, nonpublic and charter schools must close and return to remote learning. Schools can reopen if they meet NYS testing requirements. See here for more information.

• Food Service Establishments: Restaurants, bars, cafes and other food service establishments can provide outdoor dining and takeout and delivery service only. There is a four-person maximum per table. No indoor dining is allowed.

• Houses of Worship: Houses of worship may remain open at 33% capacity up to a maximum of 25 people, whichever is fewer.

• Gatherings: Nonessential indoor and outdoor gatherings must be limited to no more than 10 people. Any individual who encourages, promotes or organizes mass gatherings may be fined up to $15,000 per day.