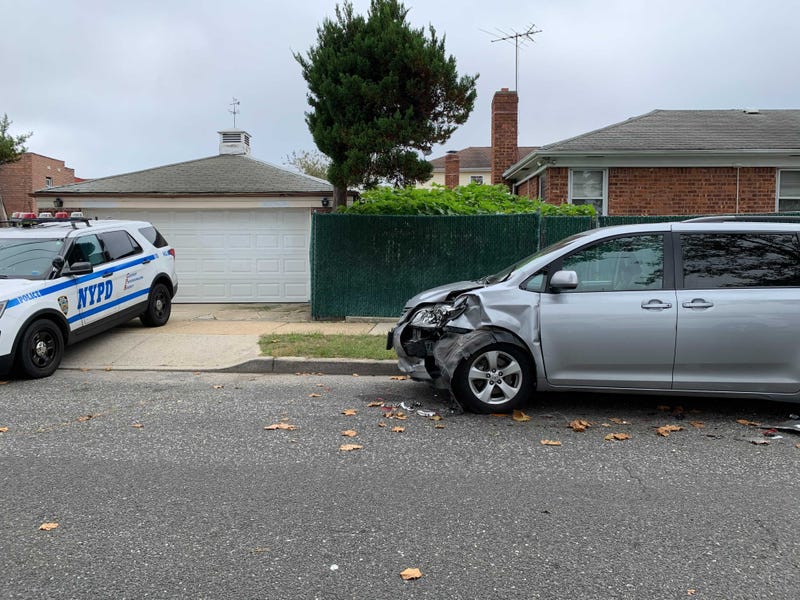 NEW YORK (1010 WINS) -- Good Samaritans at a Queens mosque chased after two teens who pepper-sprayed an off-duty cabbie then stole and crashed his car on Friday, police said.

Officers responded to a 911 call of a robbery near the Al-Furqan Jame Masjid mosque on 77th Street and Glenmore Avenue in Ozone Park just after noon.

Ozone Park. Police have a 15 yr old in custody and are looking for his friend after the carjacking of an off duty Uber driver, using what was likely pepper spray. They didn’t get far. Driver’s friends from his mosque stopped them and grabbed one suspect. #1010WINS pic.twitter.com/d6kMlc6jmv

Police said two teens maced the cabbie before carjacking his cab and driving away.

Members of the mosque chased one of the suspects, a 15-year-old boy, and were able to restrain him until police arrived.

The 15-year-old was being held at the 106th Precinct with charges pending.

Police were still searching for his accomplice who ran away.

The cabbie who was maced was taken to Jamaica Hospital and later released.