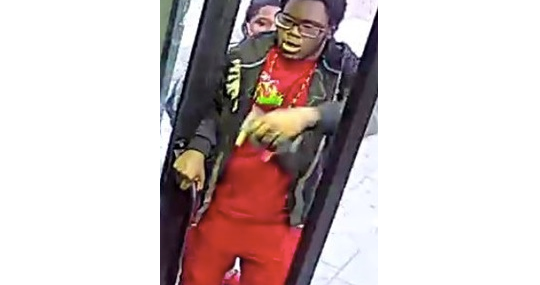 The suspect police are searching for. Photo credit NYPD

NEW YORK (1010 WINS) -- An MTA bus rider allegedly stabbed another passenger after accusing him of staring at his girlfriend, the NYPD said.

The 31-year-old victim was on a Bx41 bus parked at a stop on Willis Avenue, near Third Avenue, in the Mott Haven section of the Bronx around 6:10 p.m. on Oct. 6 when another rider claimed he’d been staring at his girlfriend, police said.

The two got into an argument, which escalated into a physical fight, the NYPD said.

At some point during the fight, the rider who made the accusation pulled out a knife and started stabbing the 31-year-old, police said. He fled the bus on Third Avenue after the attack, the NYPD said.

The 31-year-old man was taken to a nearby hospital in stable condition, police said.