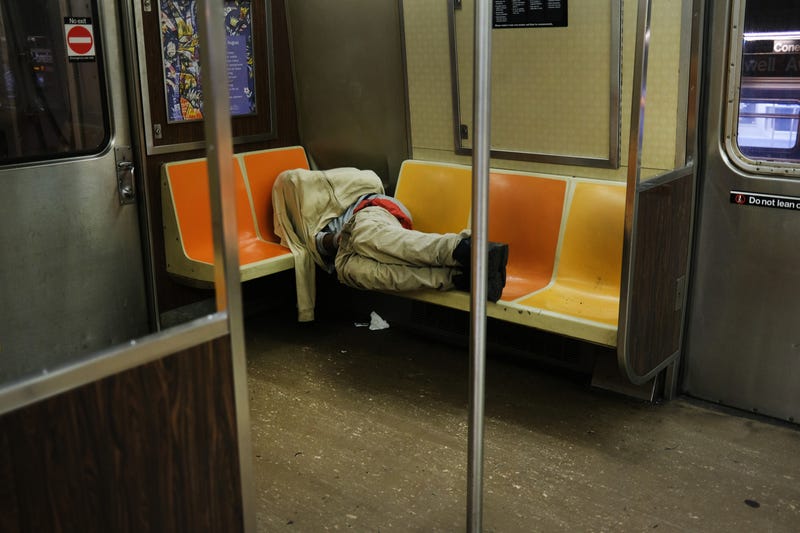 NEW YORK (1010 WINS) -- The MTA plans to suspend a train operator for posting photos of homeless people in the subway system to social media during the pandemic, according to reports.

Yann Hicks, 55, faces the suspension for tweeting photos of subway homelessness, some of which other transit workers sent to him, THE CITY reported.

Hicks told the outlet he started posting the photos to protect the health of the agency’s employees. A photo he tweeted on Oct. 6 showed a straphanger without a mask, and “no police anywhere,” he wrote in the photo caption.

But a notice the agency slapped him with also said he violated New York City Transit standards by posting “adverse criticism of the NYPD and NYCT," according to the outlet.

“Transit employees in critical frontline operating positions are not permitted to use phones while on duty,” an MTA spokesperson told the outlet. “This policy is informed by safety concerns.”

The New York Post reported that the suspension is set to last for 30 days. Hicks told the Post he doesn’t “have any problem with the homeless.”