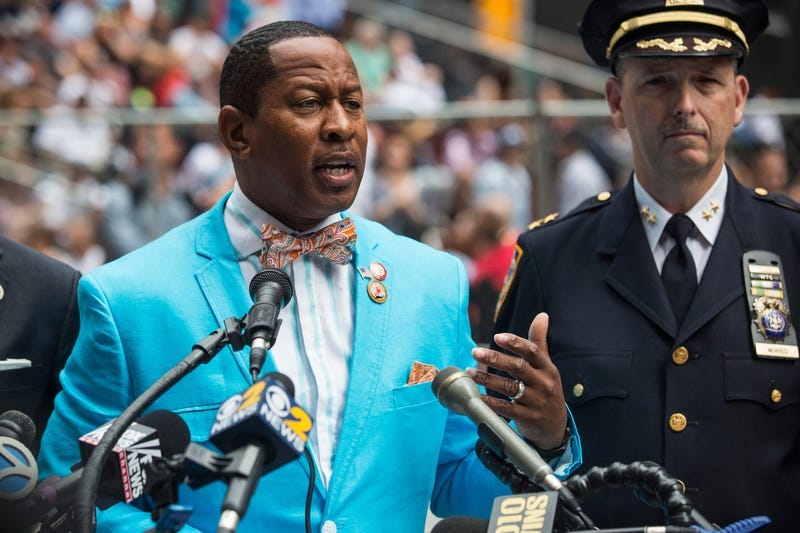 NEW YORK (1010 WINS) -- Bronx Councilman Andy King sued the city of New York on Monday, shortly after the New York City Council voted to expel him from office amid investigations that found he harassed staff members and engaged in misconduct.

In the lawsuit filed in Manhattan federal court, King, who is Black, claimed he was being discriminated against and said the council’s decision was “arbitrary and capricious,” the New York Times reported.

The council voted 48-2 to expel King from office during a virtual hearing Monday afternoon.

Its ethics committee recommended the expulsion last week after an investigation found that King told a female staff member who was hospitalized for menstrual bleeding to "put a Band-Aid on it" and forced her to take unpaid leave, the New York Post reported.

The investigation also found that King pocketed $2,000 from a $9,500 payment he gave a staffer using Council funds as part of a “kickback scheme,” according to the outlet.

King was previously suspended for 30 days and fined over additional allegations of harassment and misuse of government funds.