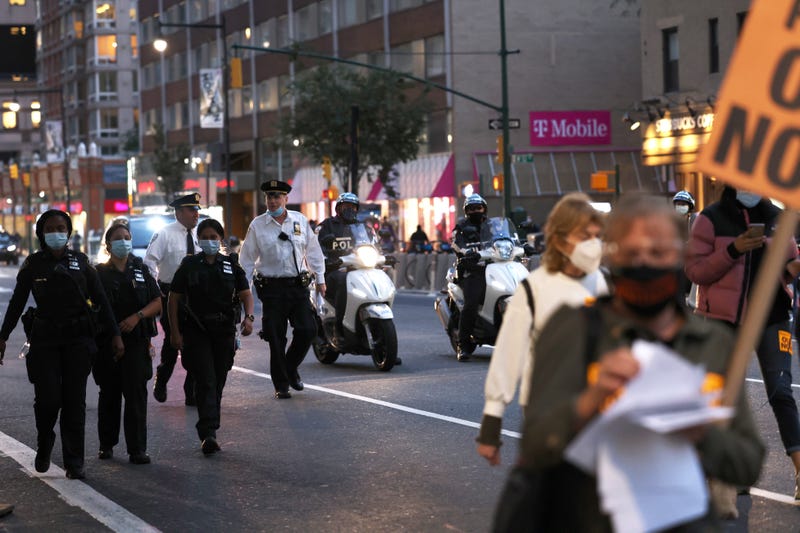 NYPD officers walk behind demonstrators as they march against "Death, Lies, and Fascism, and for Humanity!" on September 21, 2020 in New York City. Photo credit Michael M. Santiago/Getty Images
By Adam Warner

NEW YORK (1010 WINS) -- NYPD overtime soared amid unrest earlier this year before plummeting in recent months as major events like parades were canceled and protests waned.

That’s a roughly 24% increase from fiscal year 2018, when over $589 million was spent, data from the watchdog Independent Budget Office shows.

June of this year saw a whopping $179 million spent on overtime. There were widespread protests and scattered looting that month amid unrest after the death of George Floyd in Minneapolis police custody in late May.

However, overtime dropped in the four months after June to about $112 million, according to the report.

Bernard O’Brien, the IBO’s senior budget analyst, told the Post that the drop is attributable to the cancellation of major events, as well as waning protests.

While the new city budget over the summer aimed to slash overtime for police to $268 million in 2021, the IBO projected the NYPD would surpass its overtime cap by $400 million, reaching at least $668 million, according to the Post.