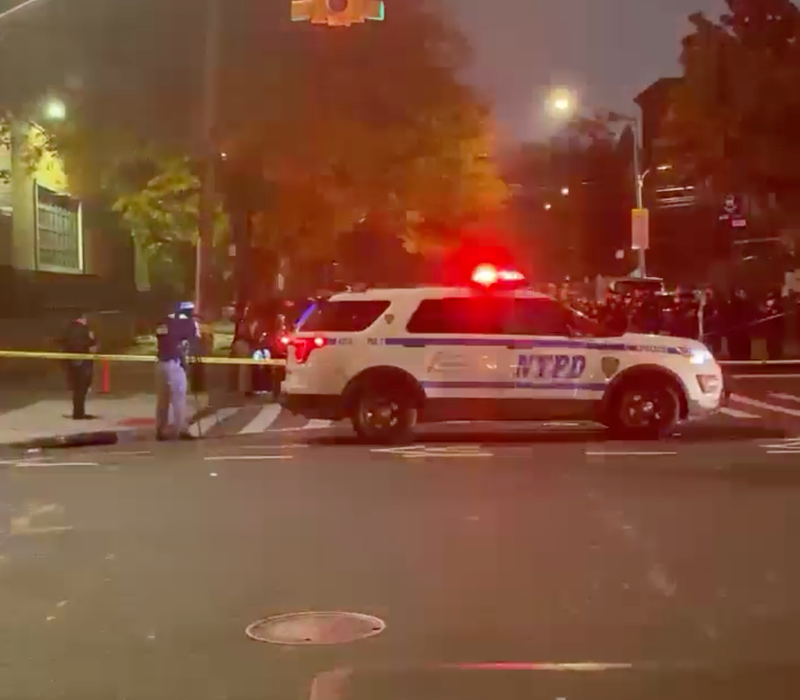 The second incident occurred around 11:00 p.m. near East 156th street and Hewitt Place in Longwood.

According to police, a 28-year-old man crashed his BMW while he was being pulled over.

The driver then jumped out of the car and began shooting.

Officers returned fire as a foot pursuit ensued and officials arrested the man.

No one was struck but police said the suspect tossed his gun away during the chase.

The gun was recovered at the scene.

Earlier that night, NYPD officers in the Bronx, shot at an emotionally disturbed believed to be armed and then tased him.

At around 6:50 p.m. police responded to a family member's report that the man was off his medication and acting erratically.

Officers fired at a man they said pointed his gun toward them behind a building on East 219th Street near Laconia Avenue in Williamsbridge.

The suspect, who was not struck in the gunfire, dropped the weapon and fled inside a bodega on 216th street, where he was tased by officers.

The man was taken to Montefiore Hospital for treatment from the Taser and to be evaluated.

Authorities said the weapon he was holding appears to be a BB gun.