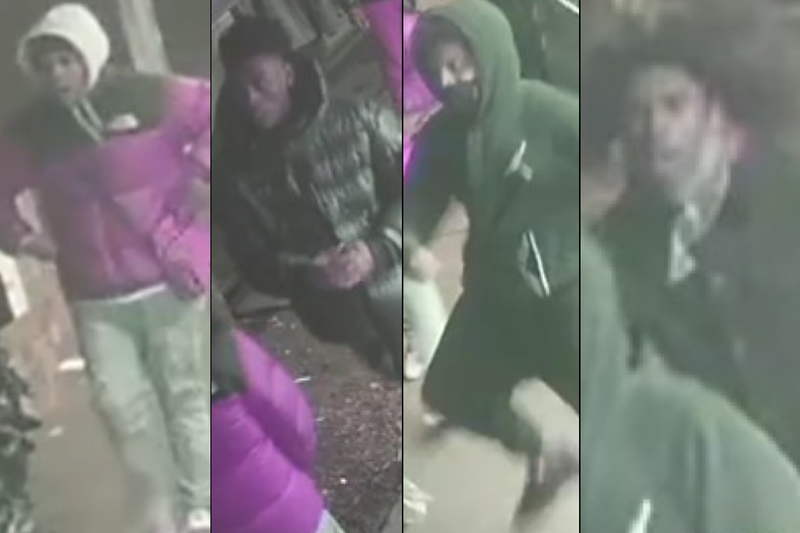 NEW YORK (1010 WINS) – Police are searching for a group of men who beat and robbed a teen on a Bronx street this month.

The NYPD released surveillance images Sunday in the Jan. 4 attack.

Police said the victim was walking down Westchester Avenue, near Faile Street, in the Foxhurst section around 6:30 p.m. when he was approached by four men.

The group demanded the victim’s property before punching and kicking him in the head and body, police said.

They then stole the man’s cell phone and ran off, according to police.

The victim suffered pain and bruising. He refused medical attention at the scene.

The suspects are believed to be in their late teens or early 20s, according to police.