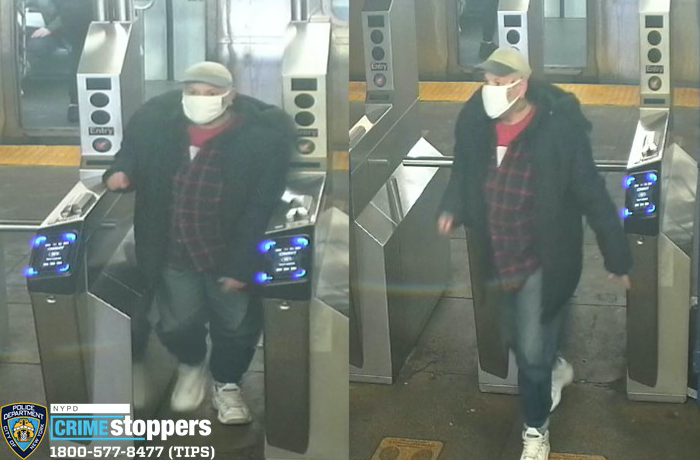 NEW YORK (1010 WINS) -- The NYPD on Tuesday released a photo of a straphanger who allegedly punched a 2-year-old boy in the face on a subway train in Manhattan.

The boy was on a C train with his 21-year-old mother around 3 p.m. on Saturday when she and another woman got into an argument, police said.

As the train approached the 116th Street station in South Harlem, the woman tried to punch the boy’s mother, but ended up hitting the boy instead, according to police.

The boy was taken to a nearby hospital in stable condition after the attack, the NYPD said. His attacker fled the scene, and hadn’t been arrested as of Tuesday.

Police told the New York Post that the argument may have been sparked by a “brushing of shoulders” on the train.