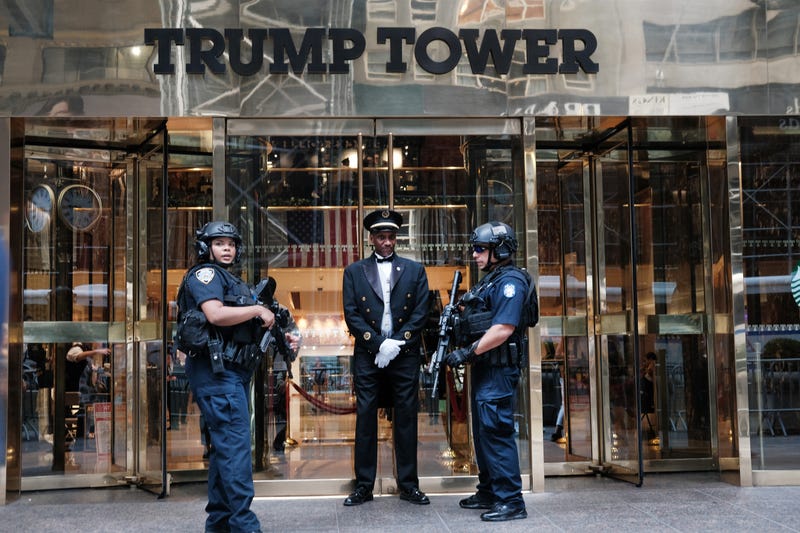 Police stand outside of Trump Tower on September 26, 2019 in New York City. Following the controversy over the phone call between Donald Trump and the president of Ukraine, senate Democrats have launched an impeachment inquiry as the events around the call and the actions following it continue to be of concern to lawmakers. Photo credit Spencer Platt/Getty Images
By David Caplan

Decreasing the law enforcement footprint will allow for a better flow of traffic on Fifth Avenue.

Another change expected is the reopening of East 56th Street on the south side of the 58-floor skyscraper. There's an entrance for residents of the building on the 56th Street side, which has been blocked off by concrete barriers.

Trump is not expected to return to Trump Tower in any full-time capacity. He will live at Mar-a-Lago in Palm Beach, according to the report. Trump changed his residency from New York to Florida last year.

The Secret Service is asking his field agents if they are interested in relocating to Palm Beach.