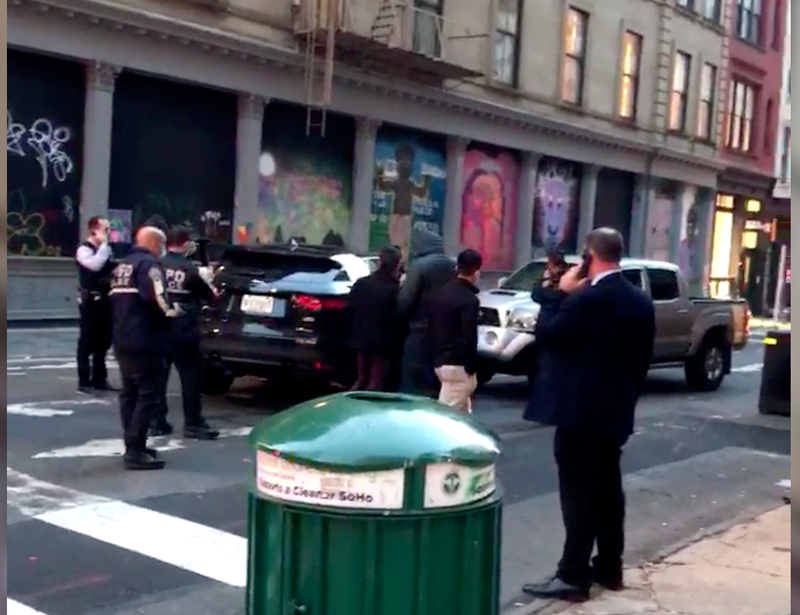 Police began the pursuit of the driver in a Black Jaguar with a Florida license plate on the Belt Parkway who was reportedly a suspect in a prior shooting in Queens.

The on the ground chase was eventually called off as aviation officials continued the pursuit from the air, WABC-7 reports.

The vehicle was followed across the BQE and into the Brooklyn Battery Tunnel before it ended up in SoHo, authorities said.

The driver then crashed on Grand Street, near Mercer Street allowing police vehicles to arrive from both directions on the one-way street and arrested the suspect.

The suspect while in police custody attempted to escape the report adds.

There were no injuries reported during the incident which remains under investigation.