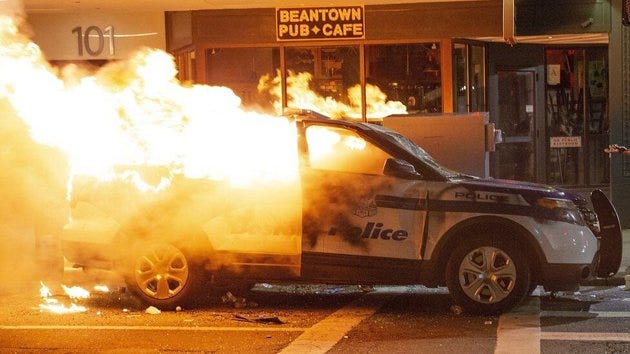 BOSTON (AP) — A Massachusetts teenager suspected of setting fire to a Boston police cruiser and inciting a riot was caught at JFK Airport trying to board an international flight to leave the country, law enforcement officials said.

The teen faced charges stemming from a May 31 demonstration in Boston following George Floyd’s killing by Minneapolis police.

He was taken into custody Friday on an outstanding warrant from Boston Municipal Court’s juvenile division while trying to board a one-way international flight, officials said.

The teen had previously been placed in custody on June 11 but was released. He’s expected to be arraigned in Boston.