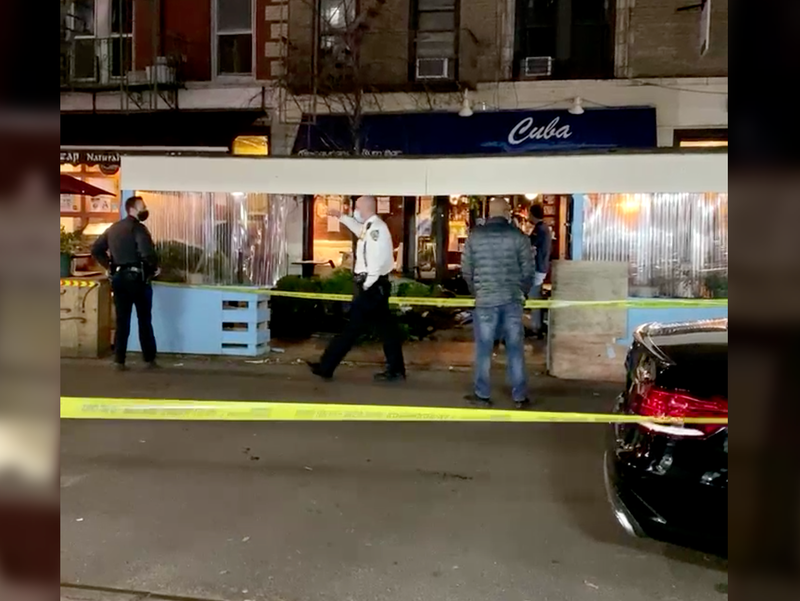 NEW YORK(1010 WINS) -- Police are investigating after a vehicle crashed into a Manhattan restaurant on Wednesday.

The incident occurred around 4:30 p.m. at the Cuba Restaurant and Rum Bar on Thompson Street in the Greenwich Village neighborhood.

According to officials, a Black Mercedes-Benz exited a parking garage across the street from the restaurant and attempted to turn right onto Thompson Street when the 61-year-old driver lost control and struck the outdoor dining area and continued inside the restaurant.

Authorities were called to the scene to pull the vehicle out of the restaurant and no injuries to any bystanders were reported.

The driver suffered minor injuries and was taken to Bellevue Hospital, officials said.

He was also taken into custody, with charges pending.

The driver appeared to be intoxicated at the time of the incident, WABC-TV, reports.