NEW YORK (1010 WINS) – A man was critically injured after an SUV he was in crashed into scaffolding on a midtown Manhattan street on Saturday.

The Chevy Tahoe slammed into the scaffolding at E. 59th Street and Third Avenue around 7 a.m.

Police told the New York Post that the driver lost control of the SUV, striking a fire hydrant and the scaffolding.

Citizen App video shows the heavily damaged SUV covered by twisted metal scaffolding. Video obtained by the Post shows firefighters at the scene, with pieces of wood and metal strewn over the street.

Police said the 25-year-old man was critically injured and taken to Cornell Hospital. A woman in her 30s who was also in the vehicle was not injured. It’s unclear who was driving. 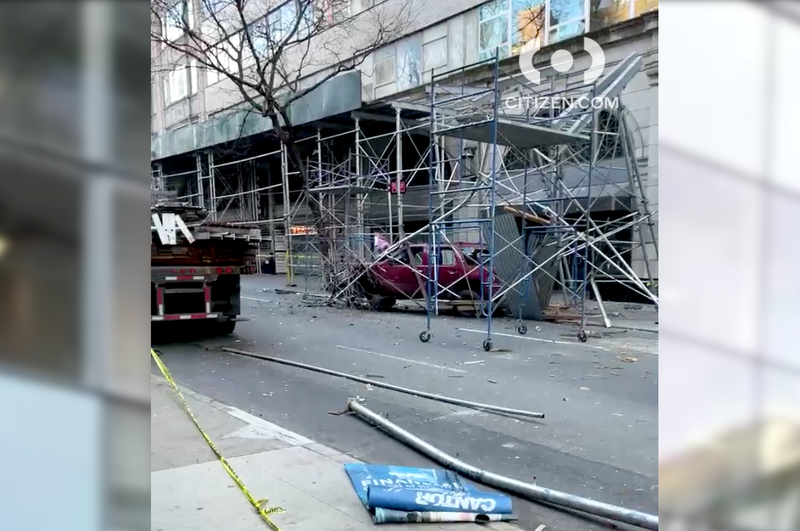