NEW YORK (1010 WINS) -- Police released new video as they search for the screwdriver-wielding thief who punched a clerk to the ground during a robbery at a Staten Island bagel shop.

New video sent out by the NYPD on Tuesday night shows the masked suspect robbing Hot Bagels on Arthur Kill Road in Aspen Knolls on the morning of Sept. 29.

In the video, the suspect is seen walking behind the checkout counter and punching the 61-year-old clerk, who falls to the ground. 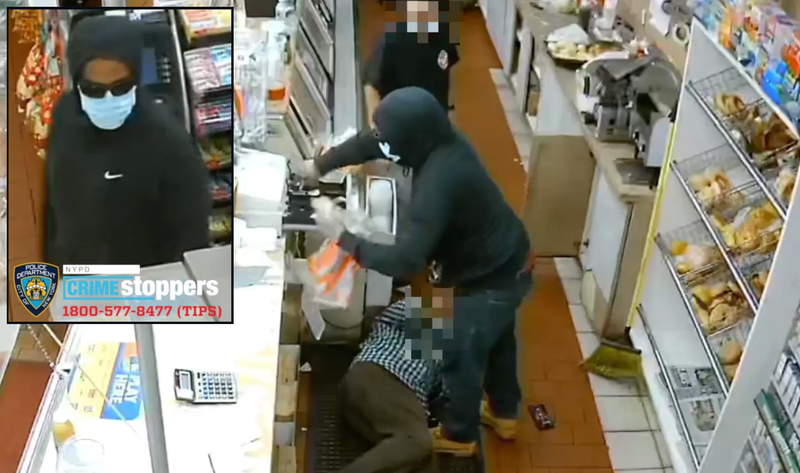 Police said when a second employee emerged from the back of the store, the suspect threatened him with a screwdriver, punched him in the arm and forced him to open the cash register.

Video shows the suspect rummaging through the register as the clerk lies on the ground below him.

Police said the suspect stole $8,800 in cash before fleeing the store.

The condition of the clerk wasn't immediately known.