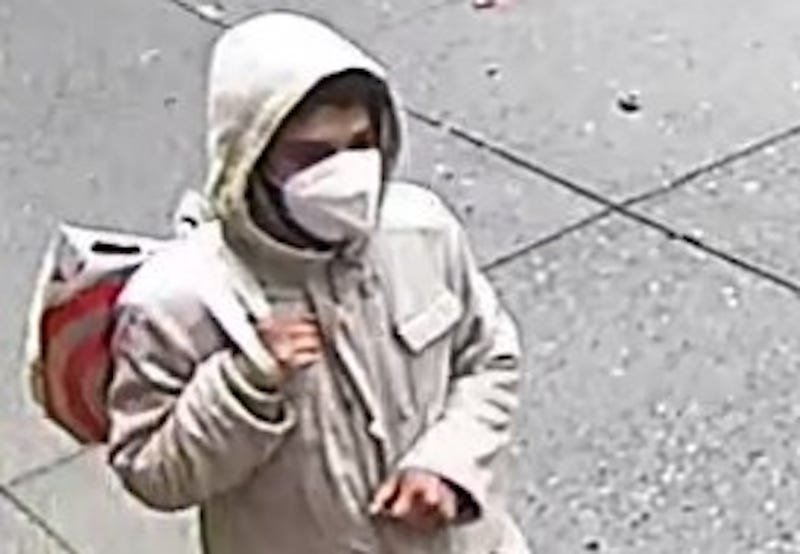 NEW YORK (1010 WINS) -- An 88-year-old woman was hospitalized with a broken shoulder after she was robbed by a man in broad daylight on an Upper East Side street this week, police said.

The woman was walking near York Avenue and E. 89th Street around 1 p.m. Thursday when a man snatched her purse, according to police.

The woman fell to the ground and the thief took off westbound down E. 89th Street, police said.

🚨WANTED for ROBBERY: On 11/26, at 1:05 PM, at the rear of 1725 York Ave in Manhattan, an 88-year old female victim was walking when an unknown individual snatched her purse from her hands causing the victim to fall to the ground. Any info call or DM @NYPDTips at 800-577-TIPS. pic.twitter.com/g5yRHXaGQ1

The fall broke the woman’s left shoulder. She was taken to Cornell Hospital in stable condition.

The NYPD released surveillance video of the suspect on Saturday. Police believe he’s in his 20s.