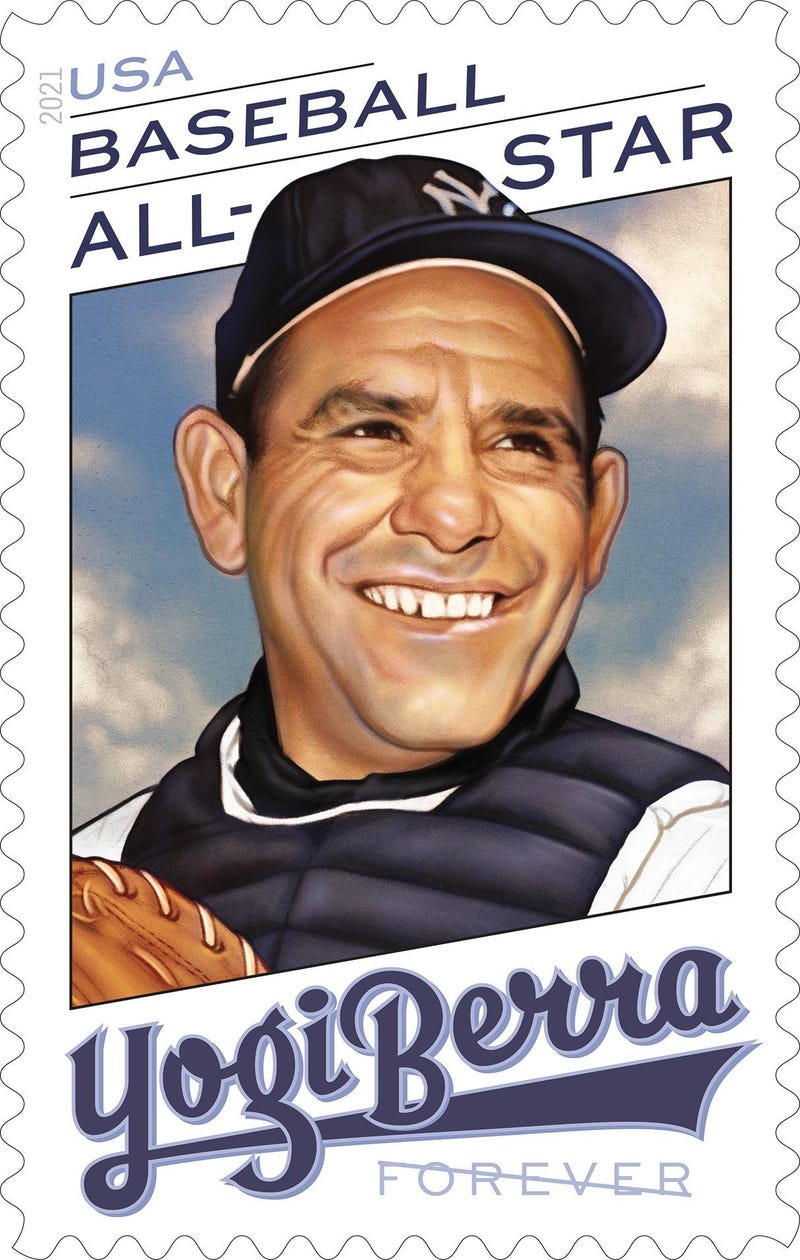 NEW YORK (1010 WINS) -- The U.S. Postal Service is paying tribute to Yankees legend Yogi Berra with the release this year of a stamp bearing his likeness, the agency announced Friday.

The stamp art is an original digital portrait of Berra dressed in his Yankees cap, pinstripes and catcher's chest protector.

Berra. who died in 2015 in New Jersey at age 90, was a three-time American League MVP Award winner and a 10-time World Series champion as a player.