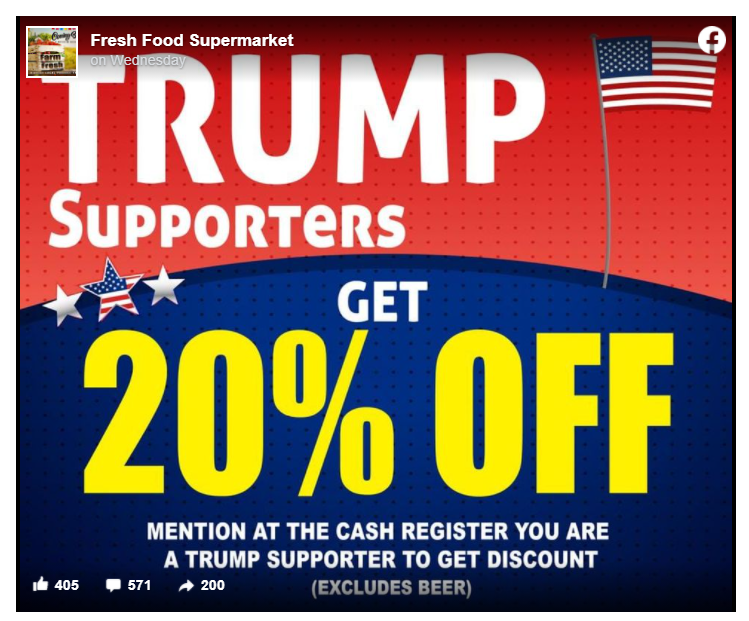 Fresh Food Supermarket in Oakdale in Suffolk County announced the promotion on Facebook Wednesday night. "Mention at the register you are a Trump supporters to get discount (excludes beer)," the ad reads.

The supermarket's owner, Jose Colon, is a Trump supporter. He said opposition to the promotion was immediate.

"I've been getting a lot of messages that I don't want to support the store, they're going to do a boycott on the store," Colon told News 12.

“Way to alienate customers,” wrote one Facebook commenter. "I will make sure friends out that way don’t shop in your store."

Another person wrote, "I'm done shopping here. I'd rather drive out of my way."

And there were supporters: "Can't wait to support your business. God Bless America," one person wrote.

Still, he is now offering the discount to supporters of Democrat Joe Biden. "I'm encouraging people to vote. I got no problem with it," Colon told News 12. "We live in a free country. We live in a democracy and I believe you support whatever candidate you decide who will be the best for the country."