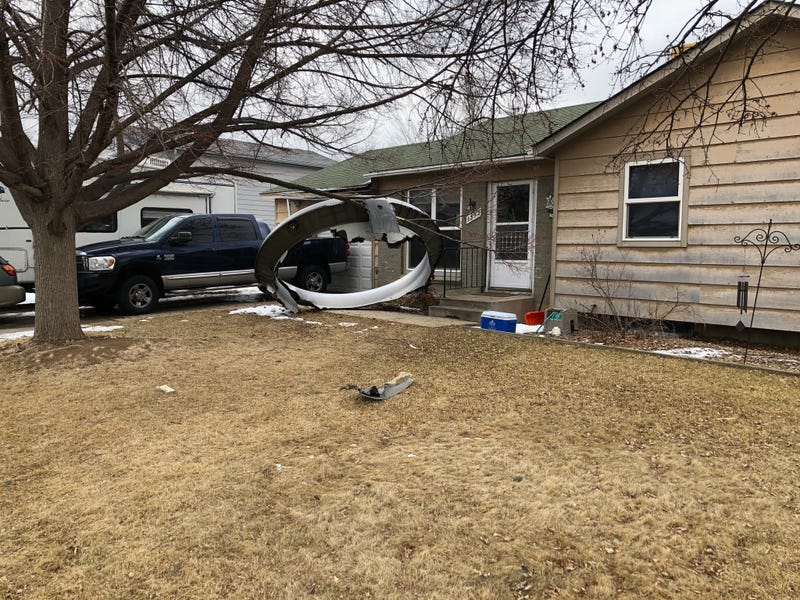 NEW YORK (1010 WINS) – Debris from a United Airlines plane fell from the sky near Denver, Colorado, on Saturday as the aircraft experienced engine trouble, according to officials.

The flight, with 231 passengers and 10 crew on board, was heading to Honolulu at the time. It safely returned to Denver around 1:30 p.m.

Another photo of debris from a home off Elmwood in @broomfield. pic.twitter.com/VXEHEMpeDD

“Flight 328 from Denver to Honolulu experienced an engine failure shortly after departure, returned safely to Denver and was met by emergency crews as a precaution,” a United spokesperson said. “There are no reported injuries onboard.”

A video on Twitter appears to show the damaged engine engulfed in flames.

Flight 328 @united engine caught fire. my parents are on this flight 🙃🙃 everyone’s okay though! pic.twitter.com/cBt82nIkqb

Around the time that the plane was experiencing engine issues, police in Broomfield, Colorado, got reports that debris had fallen in several neighborhoods.

Police tweeted images appearing to show plane debris on yards and on a field. They said no injuries had been reported on the ground.

The FAA said it was “aware of reports of debris in the vicinity of the airplane’s flight path” and that the National Transportation Safety Board is investigating.