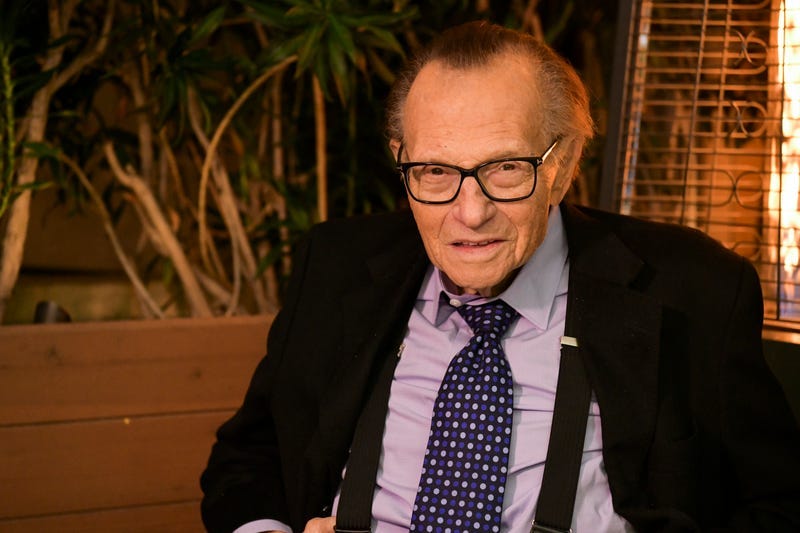 Larry King poses for portrait as the Friars Club and Crescent Hotel honor him for his 86th birthday at Crescent Hotel on November 25, 2019 in Beverly Hills, California. Photo credit Rodin Eckenroth/Getty Images
By 1010 WINS Newsroom

NEW YORK (1010 WINS) -- Broadcast legend Larry King is still hospitalized with COVID-19, but is no longer in the ICU and is breathing on his own, according to reports.

King was moved out of the ICU at Cedars-Sinai Medical Center in Los Angeles on New Year’s Eve, a spokesman for King’s production company, Ora Media, told the New York Post.

The spokesman also said King has spoken to his three sons via video chat, the outlet reported.

King has been checked into Cedars-Sinai Medical Center for COVID-19 treatment for more than a week.