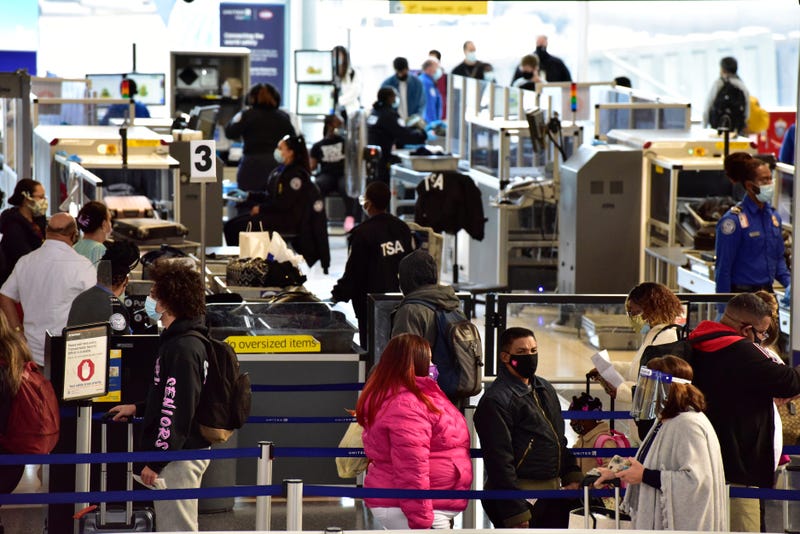 Travelers go through the TSA checkpoint at Newark Liberty Airport on the day before Thanksgiving on Wednesday Nov. 25, 2020. Photo credit Tariq Zehawi/NorthJersey.com via Imagn Content Services, LLC
By 1010 WINS Newsroom

NEW YORK (1010 WINS) -- Millions of people passed through U.S. airports in the week before Thanksgiving—including more than 1 million screened Wednesday, the most since the pandemic began—despite warnings from health officials.

JUST IN: Yesterday, Wednesday, Nov. 25, @TSA screened 1,070,967 people at checkpoints nationwide. It's the highest volume since March 16 and only the 4th time passenger throughput has topped 1 million since that date. Last year 2,602,631 people were screened on Thanksgiving eve.

Farbstein said it was the “highest volume” since March 16, when the pandemic was rapidly intensifying.

She said last year 2,602,631 people were screened on the day before Thanksgiving.

Data from the TSA shows that more than 7,500,000 travelers were screened at airports between last Wednesday and this Wednesday, including over 1 million people on both Friday and Sunday.

Health officials have been imploring people to stay home for fear Thanksgiving gatherings, even smaller ones, will worsen a surge of coronavirus nationwide. In an advisory last week, the CDC said: "Travel may increase your chance of getting and spreading COVID-19. Postponing travel and staying home is the best way to protect yourself and others this year."

AAA estimated that 50 million people would hit the roads and skies for the holiday despite the warnings. 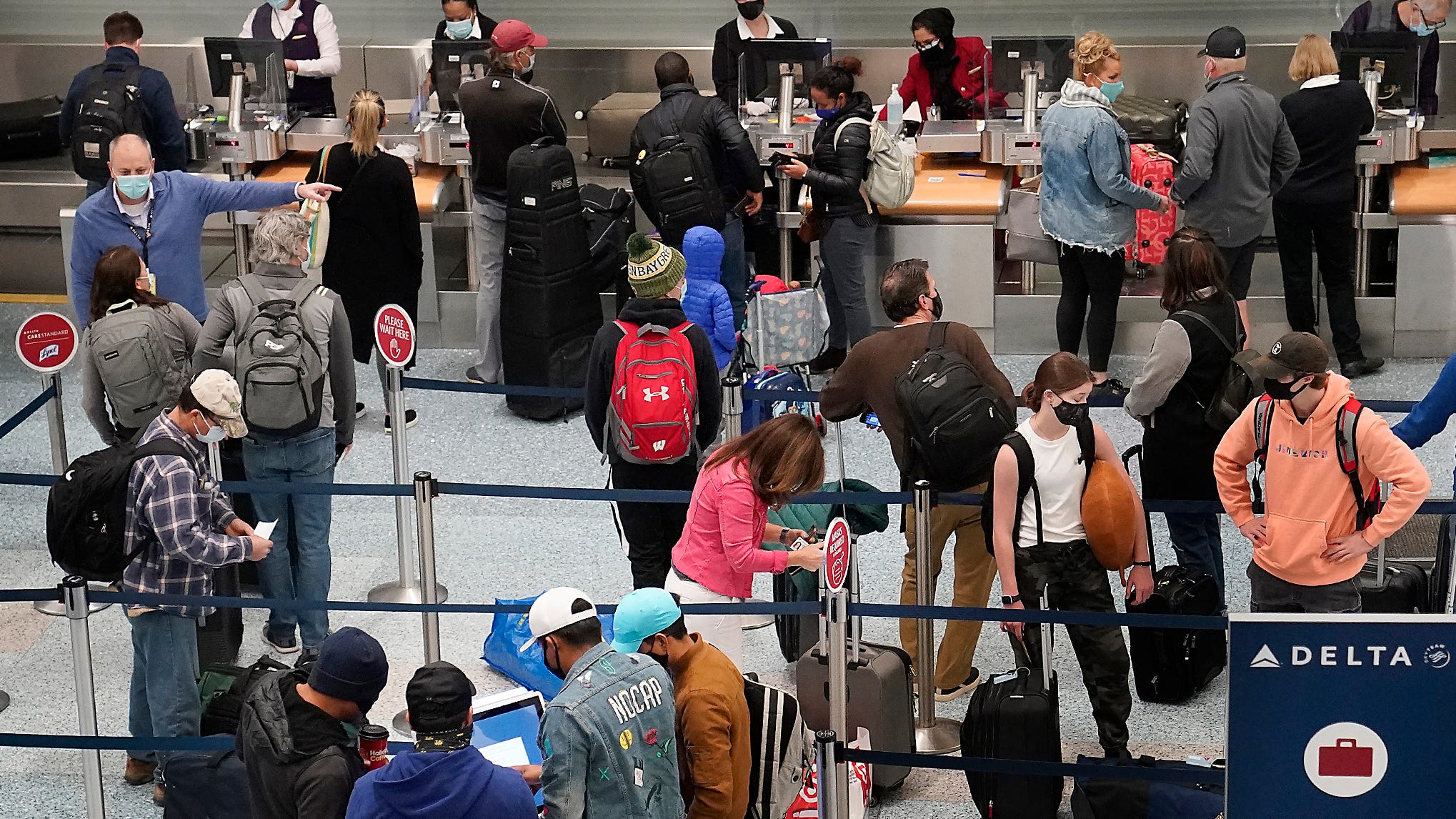