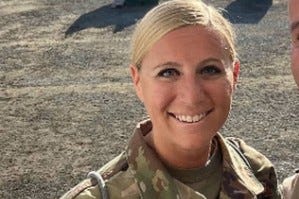 NEW YORK (1010 WINS) -- An Air Force captain who grew up in New Jersey died after she was involved in a “non-combat related vehicle incident” at a United Arab Emirates base on Friday, according to a report.

Leli, who lived in California with her husband but hailed from Parlin, New Jersey, was a member of the 60th Healthcare Operations Squadron, the outlet reported.

“Our Al Dhafra [Air Base] family is grieving the tragic loss of Capt. Kelliann Leli,” Broadwell said in a statement provided to the outlet, calling her an “exceptional medic, officer and teammate.”

Leli’s cause of death is under investigation, according to the outlet.