Women have been serving in the Armed Forces in a variety of capacities since before women were even allowed to officially wear the uniform.  African American women specifically, served in both gender and race-segregated units until President Harry Truman signed Executive Order 9981, desegregating the military. These women continued to make strides while in uniform after the U.S. Armed Forces allowed people of all ethnicities to serve alongside each other.

Lt.Gen. Harris currently serves as the Inspector General of the Air Force. She commissioned through the University of Southern California's Air Force ROTC program in 1981 and served in the active component until joining the Air Force Reserves in 1991. She's cataloged more than 2,500 hours in a military aircraft and flown a C-130H, KC-135R, C-141B/C, T-38 and T-37. 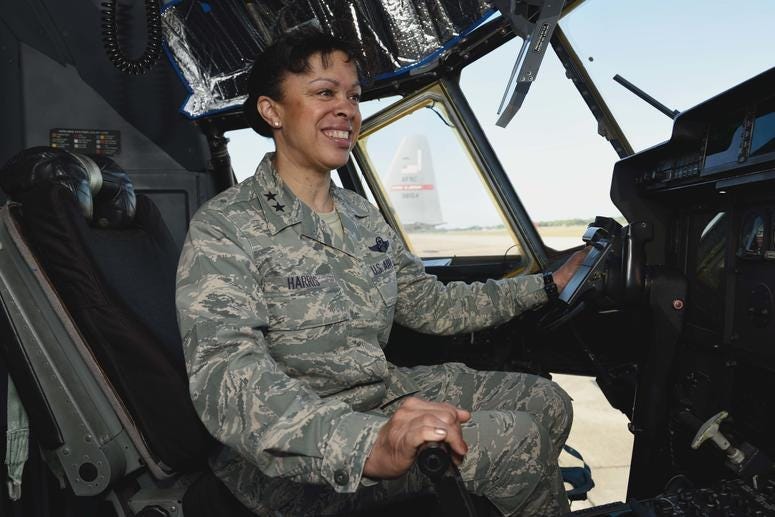 Born in 1912, Maj. Raney was one of the approximately 500 black nurses that served in the Army Nurse Corps during World War II. She graduated from the Lincoln Hospital School of Nursing in Durham, N.C. and retired in 1978. 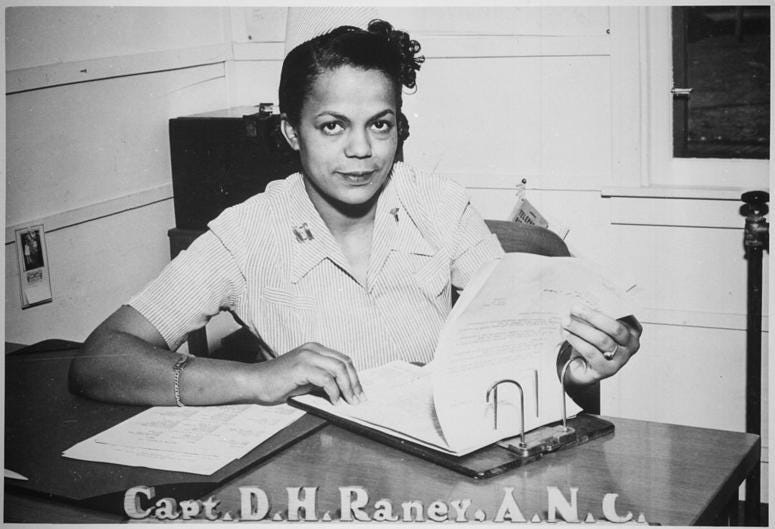 Sgt. Maj. Jones was selected as the ninth command sergeant major of the Army Reserve in 2003 and at one time was the highest-ranking enlisted African American female in any branch of the U.S. Armed Forces. She also served as the Director of External Veterans/Military Affairs and Community Outreach for the office of President Barack Obama. Jones, served 25 years in the Army and retired in 2007. 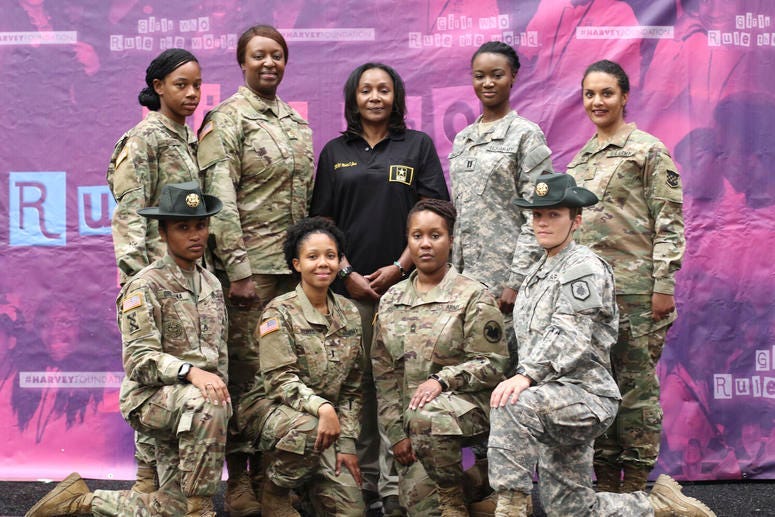 A graduate of Spelman College, a historically black college, LTJG. Holmes received her aviator wings in 2010. During her ceremony, she was pinned by Lt. Jeanine Menze, the first African American female aviator in the Coast Guard. She has managed over 6,800 flight hours for the MH-65 and was appointed to the 2015-2016 class of White House Fellows. 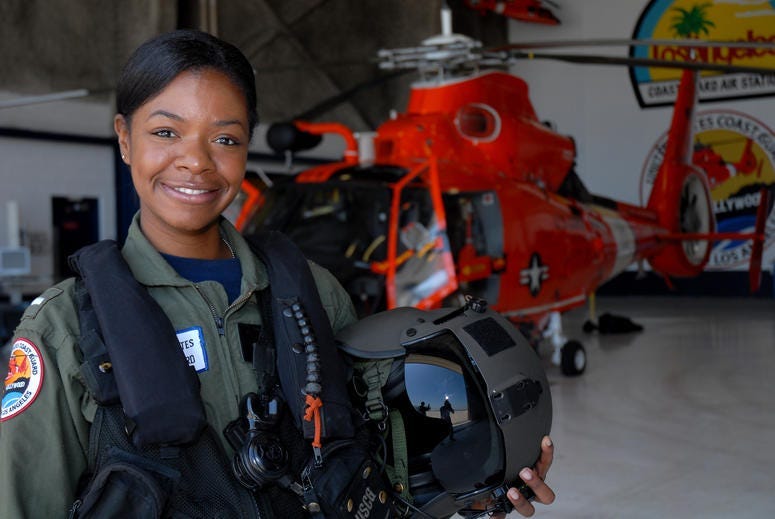 A former director of the Department of Veteran Affairs Center for Women Veterans, Maj. Gen. Trowell-Harris served 38 years in the Air Force and Air National Guard. She commissioned as a first lieutenant in the New York Air National Guard in 1963 and graduated as a flight nurse in 1964 from the Aerospace School of Medicine, Flight Nurse Branch, San Antonio, Texas. She retired in 2001. 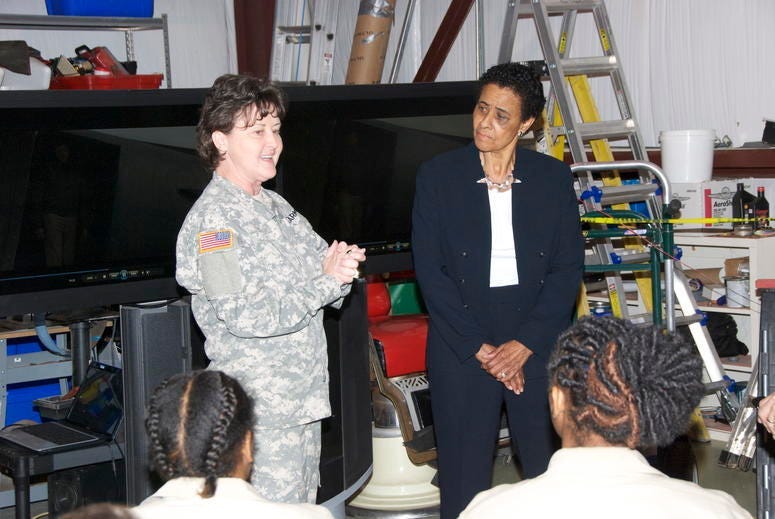 Maj. Charity Adams, commander of the first and only all-female, all black army unit.

Maj. Adams was born in 1918 and grew up in Columbia, South Carolina. She applied to join the Women's Auxiliary Corps (WAAC), later called the Women's Army Corps (WAC), and received her commission in 1942. Near the end of 1944, she was chosen to be the commander of the 6888th Central Postal Battalion, an African American WAC unit that was sent overseas to organize mail for U.S. service members during WWII. 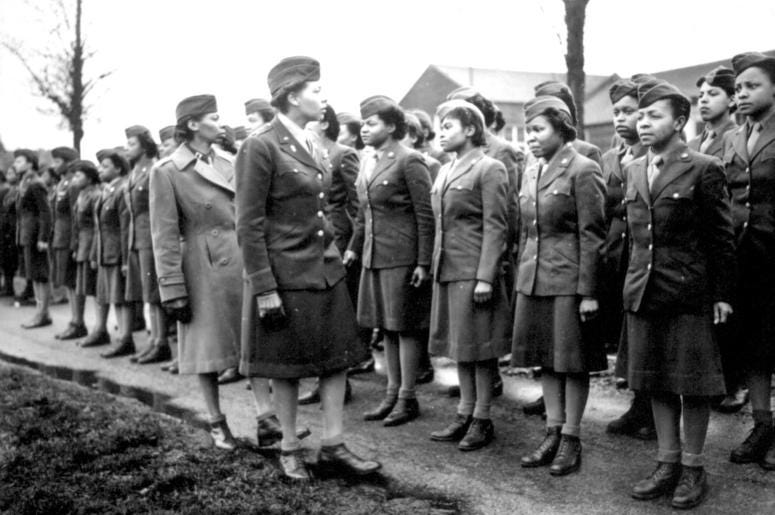 Col. Knighton received her commission from a historically black college, Tuskegee University. She was in command of 2nd Battalion, 227th Aviation Bn., 1st Cavalry Division at Fort Hood, Texas from 1996 to 1998. She is a recipient of the Tuskegee Airmen Gen. Benjamin O. Davis Jr. Military Award and retired in 2008 after 29 years of service. 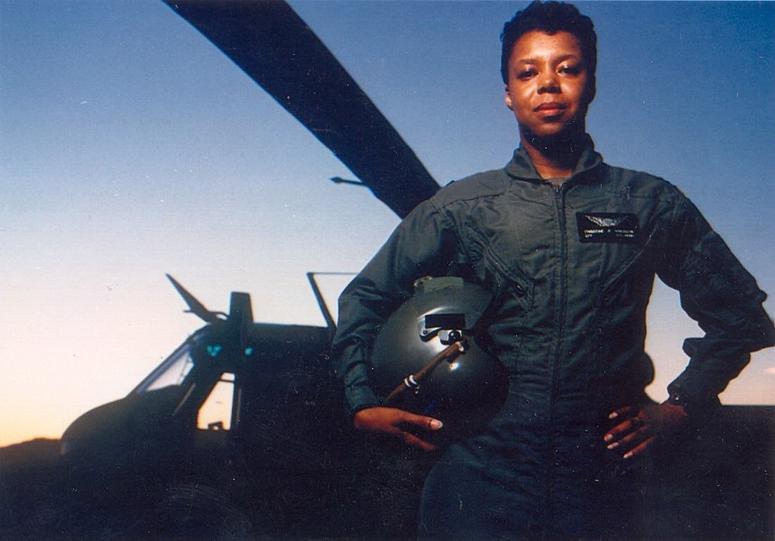 Chief Mckey-Reece served 30 years in the U.S. Army as a parachute rigger, 21 of those years as a warrant officer. She's served in a variety of overseas assignments including Korea, Italy, Germany, Kosovo and a rigging mission to Haiti. 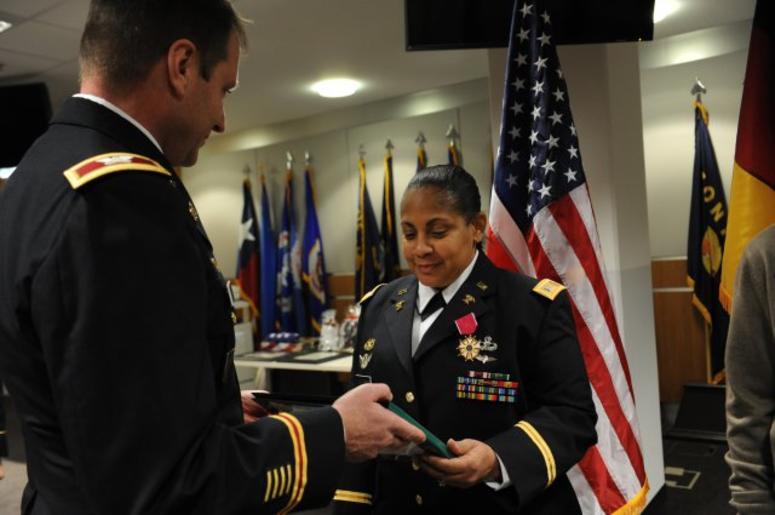 Grahams enlisted in the USMC in 1949 and set a precedent for other African American female Marines. After she joined, Anne E. Lamb (Ellis) enlisted a day later. In 1950, Annie Grimes, (pictured below in the rear) became the third African American woman to join the Corps. 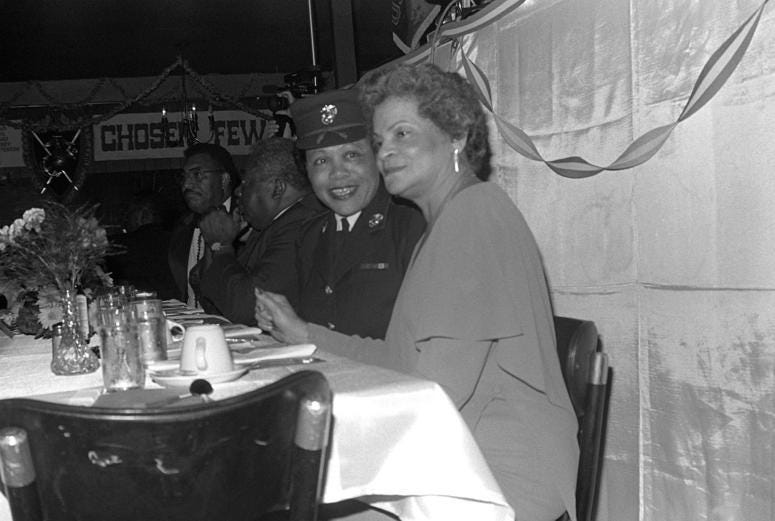