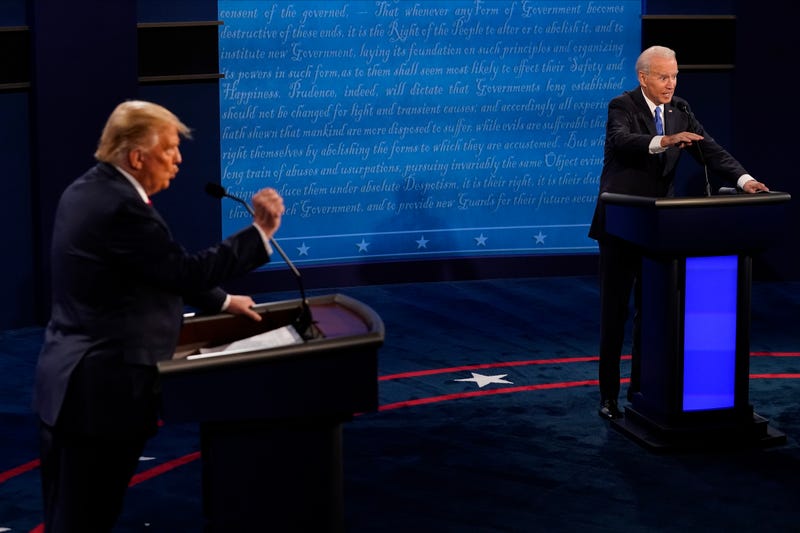 But Biden was first to give his own reaction, giving this response to reporters at Nashville's airport when asked how he thought he performed: "Well, that's for the public to judge. I felt good about it and I thought the moderator did a great job of making it run smoothly and so it was much ... much more rational debate than the first one."

In an official statement, though, the Biden campaign was more direct, saying Biden "just won the third debate -- not by a little, either. Meanwhile, Donald Trump squandered his last chance to offer any rationale for another four years."

Meanwhile, Trump 2020 campaign manager Bill Stepien declared in a statement, "President Trump won this debate in a blowout and it’s little wonder why Biden doesn’t want to do any more."

“President Trump completely unmasked Joe Biden as a Washington politician who is all talk and no action," Stepien added.

Trump himself hadn't tweeted or spoke to reporters about the debate as of midnight, although his Twitter account retweeted many accolades of his debate performance.