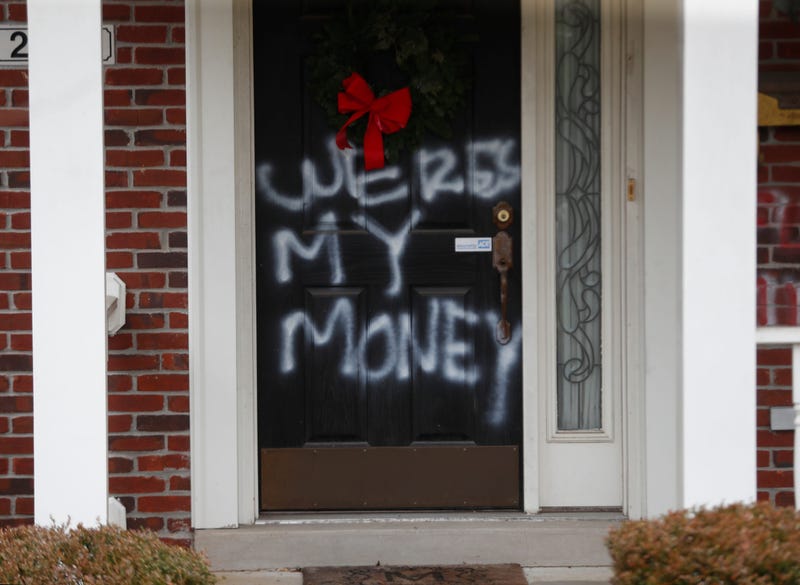 LOUISVILLE (1010 WINS) – The Louisville home of Sen. Majority Leader Mitch McConnell was vandalized after he blocked a vote on $2,000 stimulus checks for many Americans this week.

The phrases “Weres my money” (sic), “Mitch kills poor,” and “Mitch hates Kentucky” were among those spray-painted on the senator's home in the Highlands area of the city, photos from Saturday morning show. 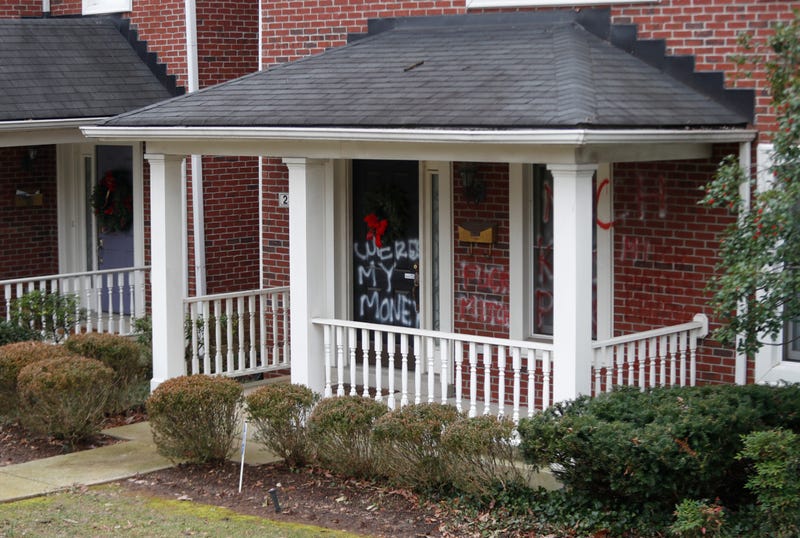 In a statement to the Louisville Courier Journal, McConnell said: “I’ve spent my career fighting for the First Amendment and defending peaceful protest. I appreciate every Kentuckian who has engaged in the democratic process whether they agree with me or not.”

“This is different,” the senator said. “Vandalism and the politics of fear have no place in our society.”

“My wife and I have never been intimidated by this toxic playbook. We just hope our neighbors in Louisville aren’t too inconvenienced by this radical tantrum,” he said. 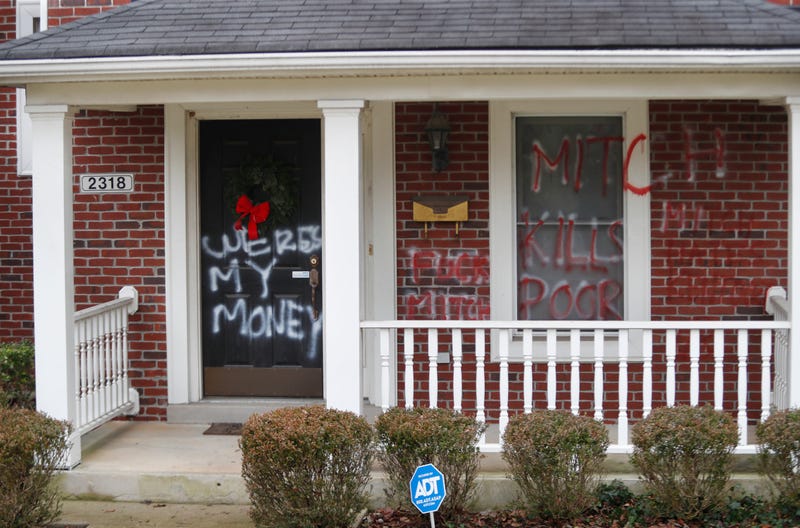 It’s unclear if anyone was home at the time of the vandalism.

McConnell on Friday refused to allow a Senate vote on a bill that would have upped the stimulus check amount from $600 to $2,000, an increase President Donald Trump and some Republicans in the House and Senate supported.

The vandalism at McConnell’s home comes after a San Francisco home owned by House Speaker Nancy Pelosi was vandalized early Friday with graffiti scrawled over the garage door and what appeared to be a pig's head surrounded by a pool of red paint on the driveway. 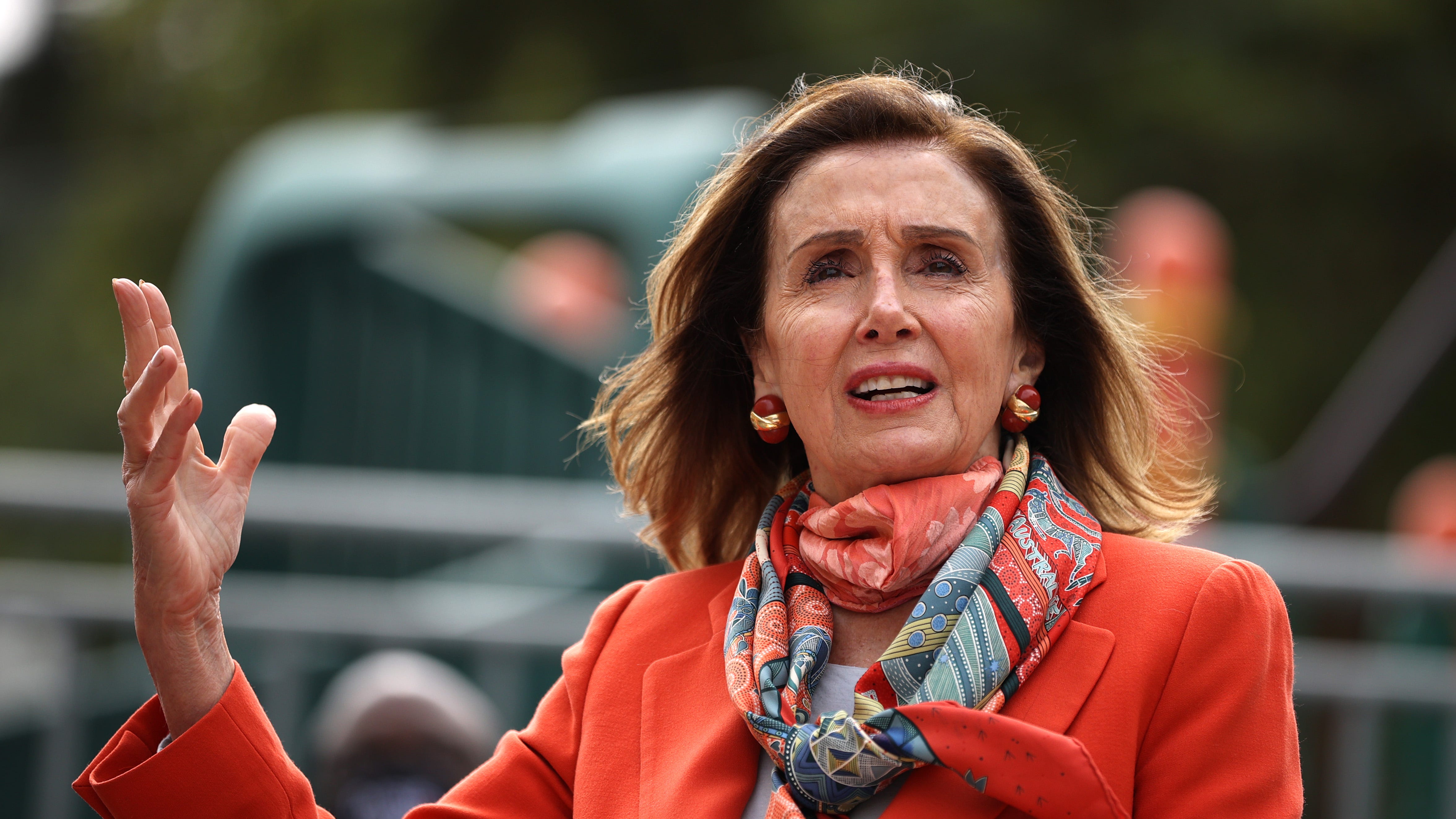