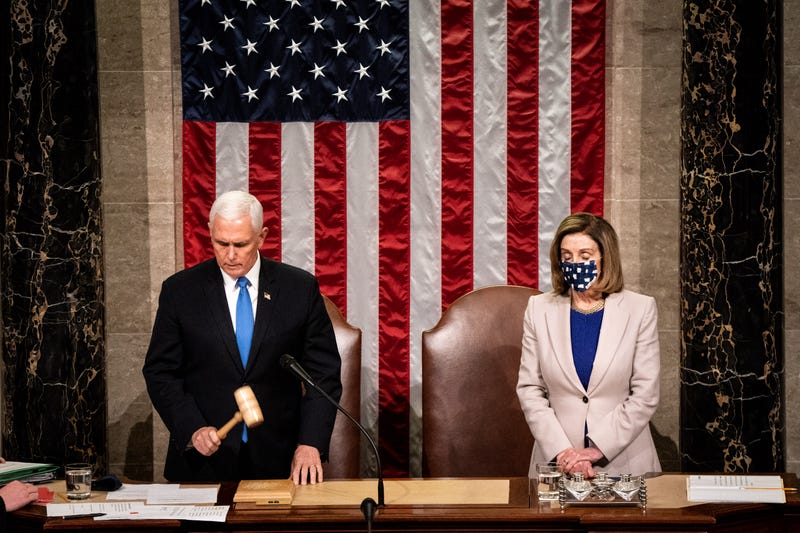 NEW YORK (1010 WINS) -- Vice President Mike Pence will not invoke the 25th Amendment to remove President Donald Trump from office, he said in a letter to House Speaker Nancy Pelosi on Tuesday, calling efforts to do so “political games.”

In the letter, Pence said Americans were “shocked and saddened by the attack on our Nation’s Capitol last week,” adding that he was “grateful” for Pelosi’s leadership. 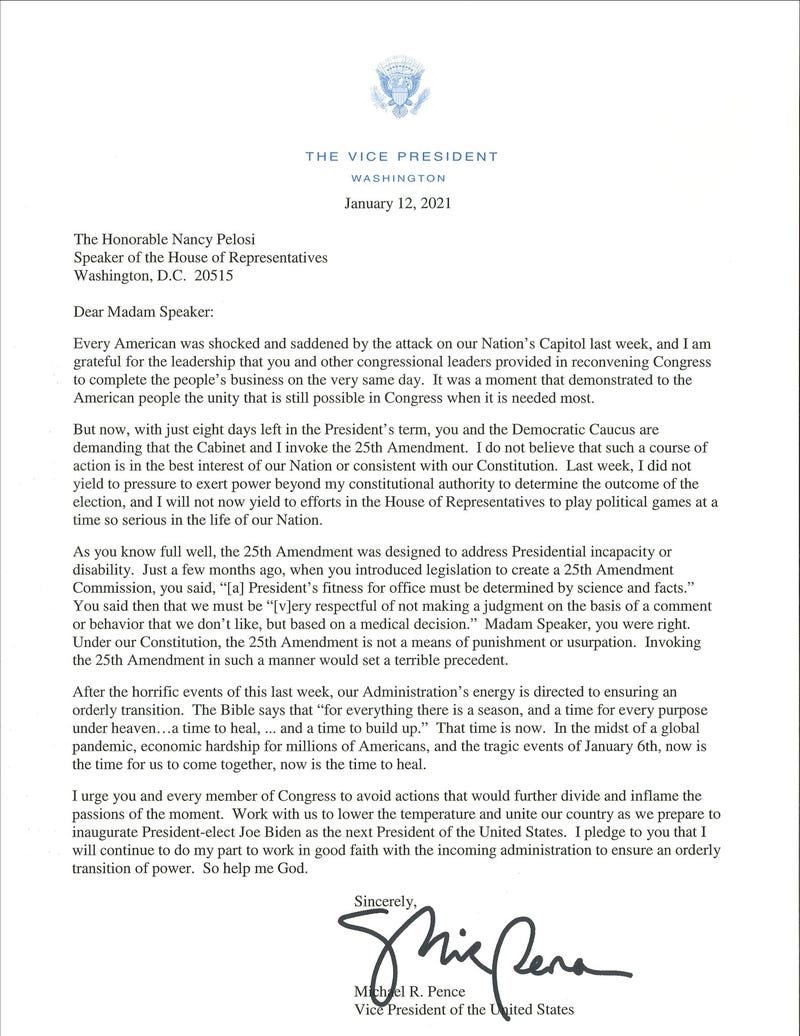 “But now, with just eight days left in the President’s term, you and the Democratic Caucus are demanding that the Cabinet and I invoke the 25th Amendment,” he wrote. “I do not believe that such a course of action is in the best interest of our Nation or consistent with our Constitution.”

“Last week, I did not yield to pressure to exert power beyond my constitutional authority to determine the outcome of the election, and I will not now yield to efforts in the House of representatives to play political games at a time so serious in the life of our Nation,” he added.

“After the horrific events of this last week, our Administration’s energy is directed to ensuring an orderly transition,” he went on to say. “I urge you and every member of Congress to avoid actions that would further divide and inflame the passions of the moment.”