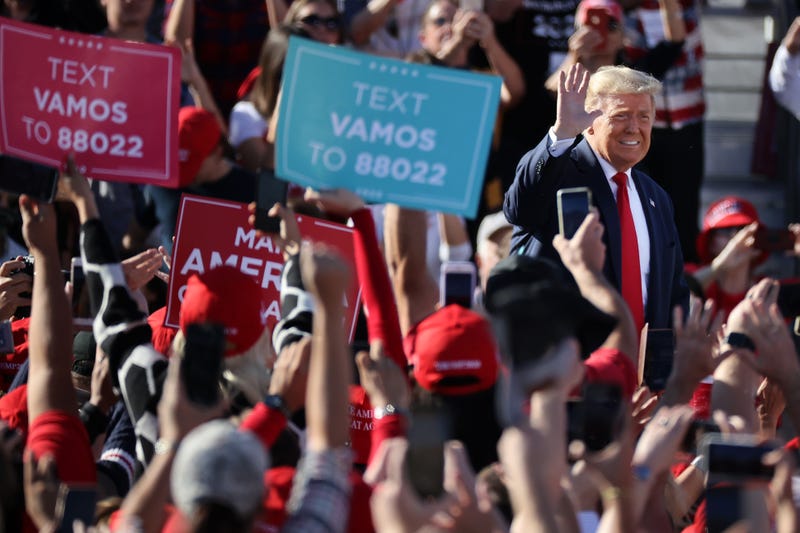 NEW YORK (1010 WINS) -- President Trump may not be publicly conceding to Joe Biden, but behind closed doors, he seems to have accepted it.

Presidents are limited to serving two terms, but they don't need to be consecutive.

But aides advising Republicans who are eye a 2024 run aren't keen on Trump running because of the massive influence he has on GOP voters, according to Axios.

Still, Trump has support of some fellow Republicans.

"I would encourage him to think about doing it," Sen. Lindsey Graham said on Fox News Radio’s "The Brian Kilmeade Show," adding Trump should "create an organization, platforms over the next four years to keep his movement alive."

Rick Gaetz, a 2016 campaign aide, told USA Today that Trump would likely "seriously consider another run in 2024.” And former White House chief of staff Mick Mulvaney said he would "absolutely" put Trump on a "shortlist" of Republicans likely to run in 2024.

Trump may not wait too long to get the balling rolling for 2024, if his past behavior is any example: He filed paperwork with the Federal Election Commission to qualify as a 2020 candidate on the day of his inauguration in January 2017.