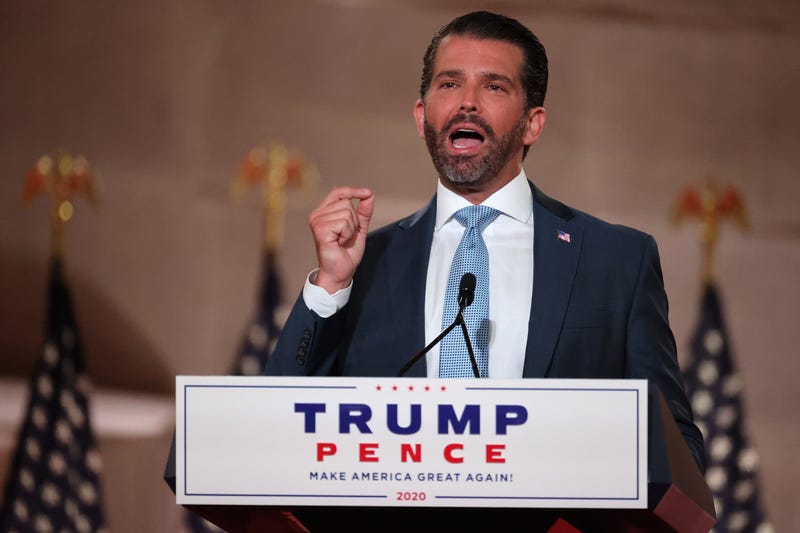 NEW YORK (1010 WINS) -- Donald Trump Jr., who is quarantining after testing positive for COVID-19, questioned in a video posted to Instagram if the result was a false positive since it's "odd" that he's asymptomatic.

President Trump's eldest son also sought Netflix and e-book recommendations from his 4.2 million followers, and joked about online chatter that his red eyes during his August RNC speech were the result of cocaine usage.

''Apparently I got the 'rona," Trump Jr. says. "You wouldn't know it, based on anything that I have felt or have seen. I guess I've been totally asymptomatic. But out of an abundance of precaution, I'll be quarantining, I'll follow the regular protocols, take it seriously -- no reason to do otherwise."

He explained, "I only got tested because I was supposed to take a father-son trip with my son after basically being on the road for a few months, so wanted to get tested out of an abundance of precaution, and tested positive."

"No symptoms, nothing, it's a little bit odd," he added. "Maybe it's a false positive, maybe not, but I'll follow the protocols and take a little bit more time."

President Trump on Saturday morning gave a brief update on his eldest son, who tested positive for COVID-19 earlier this week, his spokesperson announced Friday.

My son Donald is doing very well. Thank you!

He then joked about the rumors about being under the influence of cocaine at the RNC (photo below), saying, "As you could see, it's a little dark in here. I think you can tell I probably look OK for me. It's never going to look great, but at this point, at 42, I only work with what I have ... You'll see I don't have the red eyes like they claimed I had for apparently using cocaine prior to my RNC speech. But that is the world of the internet. God knows I troll, and do my fair share of it, so I guess it comes back to me, in time, as well. That's the game."

The president's son also asked for Netflix and e-book recommendations.

"If you have any good Netflix recommendations, anything as related to movies or e- books ... give me your thoughts," he said, "because I may have a couple of days of solo time here. There are only so many guns I can clean before I get bored."

A spokesperson for Trump announced his diagnosis on Friday, saying, "Don tested positive at the start of the week and has been quarantining out at his cabin since the result. He’s been completely asymptomatic so far and is following” medical guidelines. 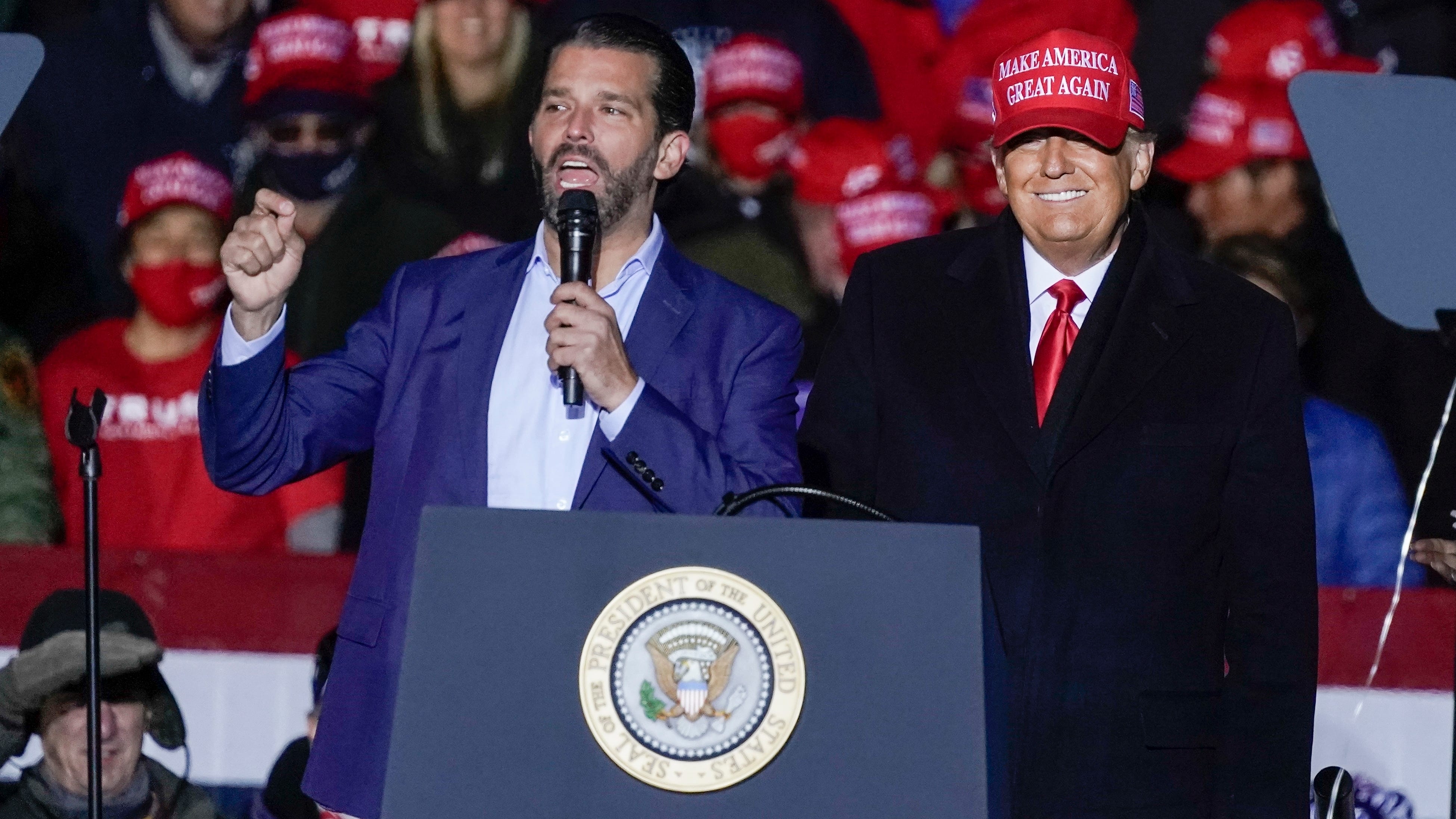