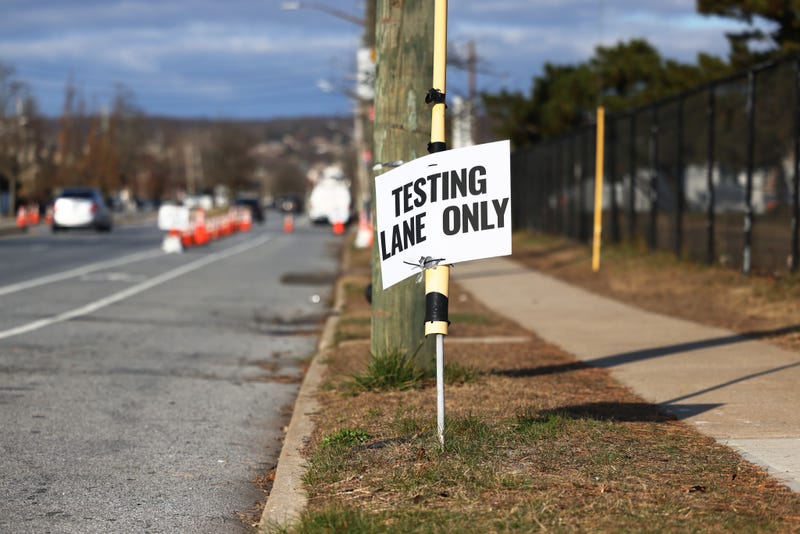 NEW YORK (1010 WINS) -- Gov. Andrew Cuomo on Wednesday said New York is seeing “tremendous increases” in its COVID-19 numbers as the state recorded more than 6,000 new positive test results in a day for the first time since April.

Total hospitalizations are at 2,982.

As of Tuesday, 2,982 New Yorkers were hospitalized with COVID-19, up from 2,856 on Monday, the governor said. Five hundred and ninety-six of the 2,982 patients were in intensive care and 277 were on ventilators. Hospitalizations last topped 2,900 on June 2, when 2,978 people were hospitalized with the virus.

The state also reported 41 new COVID-19-related deaths, including three in Brooklyn, one in Manhattan, four in Queens, three in Suffolk County and four in Westchester County.

“We have tremendous increases statewide that have been going up through the fall. We now have an added problem where we’re going through Thanksgiving,” Cuomo said in a statement

“We are going to see an increase post-Thanksgiving. That is going to take a bad situation and make it worse,” he warned. “How much the numbers go up depends on how people perform.”

State health officials, he noted, are working to develop a “winter plan” to combat the current and impending COVID-19 surges.

Cuomo on Wednesday also said the average COVID-19 infection rate in the state’s microclusters ticked up by more than 1 percent, from 4.13 percent on Monday to 5.28 percent on Tuesday.

The test positivity rate in the focus areas under NY's Micro-Cluster strategy is 5.28%.

The statewide positivity rate excluding these focus areas is 3.04%.

We continue to take strong action to respond to outbreaks and to stop the spread.

Excluding its microclusters, the state reported a 3.04 percent infection rate on Tuesday.

Breakdowns of infection rates by region and New York City borough are below: