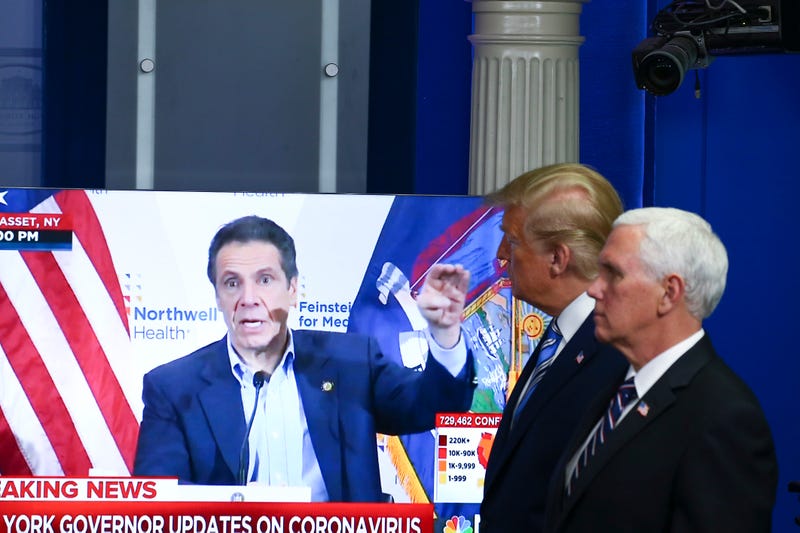 The International Emmy Academy announced Friday that the New York governor will receive this year’s Founders Award "in recognition of his leadership during the COVID-19 pandemic and his masterful use of television to inform and calm people around the world."

“The Governor’s 111 daily briefings worked so well because he effectively created television shows, with characters, plot lines, and stories of success and failure,” said International Academy President & CEO, Bruce L. Paisner.  “People around the world tuned in to find out what was going on, and New York tough became a symbol of the determination to fight back.” 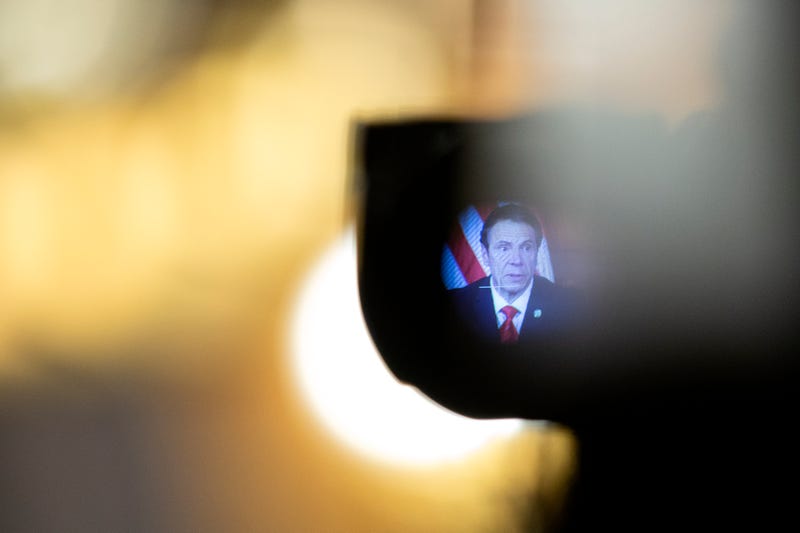 Governor Andrew Cuomo, seen through the viewfinder of a television camera, speaks during his daily press briefing on May 1, 2020 in Albany, New York. Photo credit Stefani Reynolds/Getty Images

The governor held his first-ever COVID-19 briefing from Albany back on March 2 to inform the public of the coronavirus outbreak, which at the time was just starting to be recognized as a massive public health threat.

For 111 consecutive days, the third-term governor's daily briefings were must-see TV for many, not just in New York, but across the country, as he provided vital information and connected with people stuck in their homes during an uncertain time.

The briefings were carried live by local TV stations in New York, nationally on CNN, MSNBC, Fox News and other U.S. news outlets, and around the world. According to the International Emmy Academy, the daily briefings drew a total of 59 million viewers.

His empathy and candor made Cuomo a nationwide star of the coronavirus crisis and one of the key faces responding to the pandemic, drawing praise early on from Rudy Giuliani and attracting a large online fan club.

His handling of the situation raised his approval rating at one point to 87% and the hashtag “Cuomo for President” even started trending on social media.

Some memorable moments from his briefings include a powerful speech to the National Guard, the governor getting a coronavirus test, and Cuomo sharing a touching moment with his brother after Chris Cuomo tested positive for the virus.

He has since continued to hold both in-person and teleconference briefings as necessary.

In October, he released a book about his experiences handling the pandemic in New York.

Cuomo will be presented the award during the International Emmy Awards show airing Monday.

Previous recipients of the Founders Award, which is presented to an individual or organization who “crosses cultural boundaries to touch our common humanity," include Vice President Al Gore, Oprah Winfrey, and Steven Spielberg.