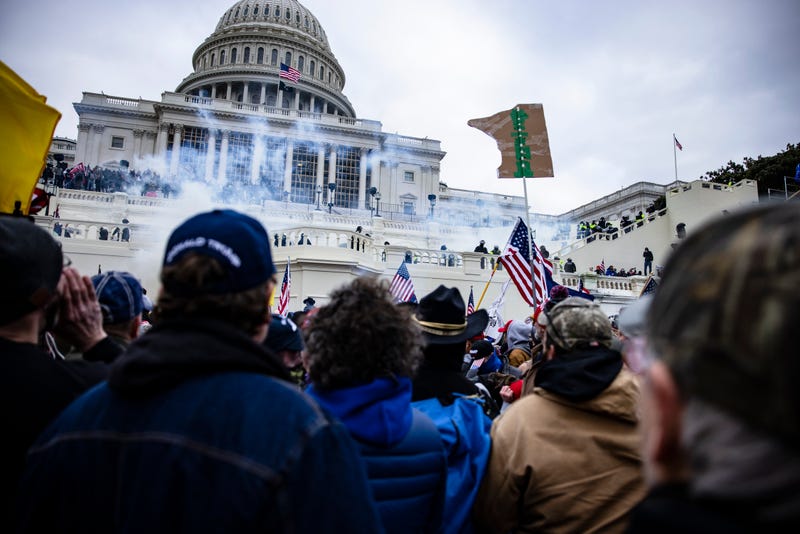 NEW YORK (1010 WINS) -- A Long Island man has been arrested and charged with taking part in the siege at the Capitol building after posting about it on Instagram, according to a report.

Ortiz allegedly posted an Instagram story on Jan. 6 in which he yelled, “Onward! Onward!” as he and other Trump supporters stormed the building in Washington, D.C., the outlet reported.

An Instagram follower who reported Ortiz to the FBI after watching his story sent Ortiz a message asking him what he was doing at the Capitol, according to the outlet.

Ortiz reportedly responded: “Participating in government,” adding that he “didn’t break or vandalize or steal; I walked through and out.”

“I’d storm the Capitol for you any day,” he added, according to the outlet.