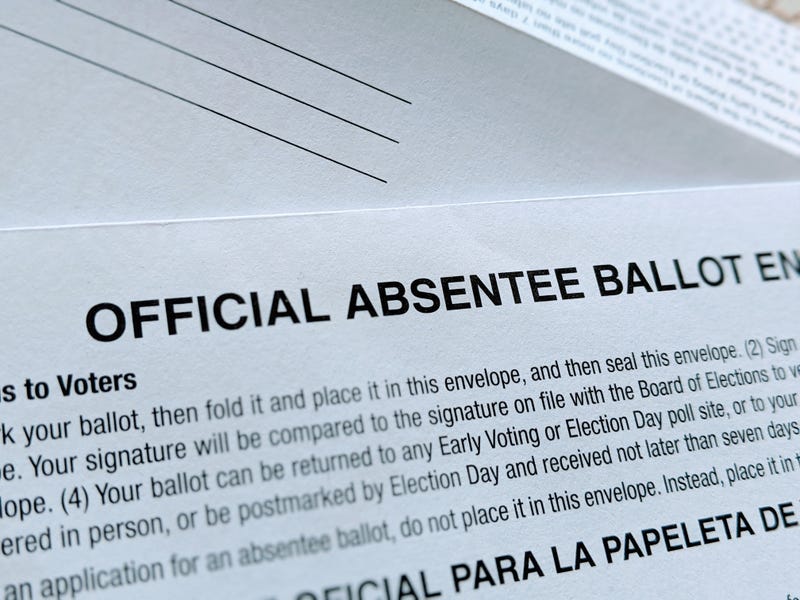 NEW YORK (1010 WINS) -- A Long Island man was arrested for allegedly requesting two absentee ballots for his mother, who passed away in June, prosecutors said Friday.

Wayne Tappe, 57, of Water Mill, was arrested and charged with two counts of first-degree offering a false instrument for filing on Friday, the Suffolk County District Attorney’s office said in a release.

Tappe also submitted two absentee ballot applications of his own: one in March and one on Sept. 9, prosecutors said.

The Suffolk County Board of Elections sent all four applications to the DA’s office for investigation, according to prosecutors.

A forensic scientist analyzed the handwriting on the applications and determined that Tappe filled them all out, the DA’s office said.

“Voting is the foundation of our democracy, and we will not tolerate any violation of the election process here in Suffolk County,” Suffolk County District Attorney Timothy Sini said in a statement. “My office is committed to investigating any and all instances of alleged voter fraud and prosecuting anyone who attempts to violate the security of our elections."

Tappe could face between one and one-third to four years in prison if he is convicted, according to prosecutors.