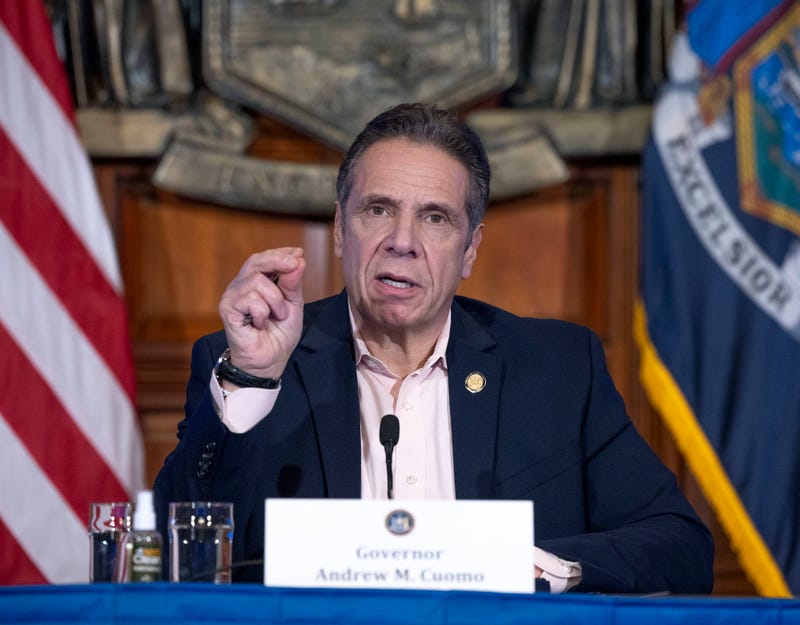 NEW YORK (1010 WINS) – Three more cases of the highly contagious COVID variant first seen in the U.K. have been found in New York, Gov. Andrew Cuomo announced Friday as he warned the state was running out of COVID vaccines.

Cuomo said two of the cases were in Westchester County and the third was in Brooklyn.

There have now been 25 total cases of the mutant strain found in the state. 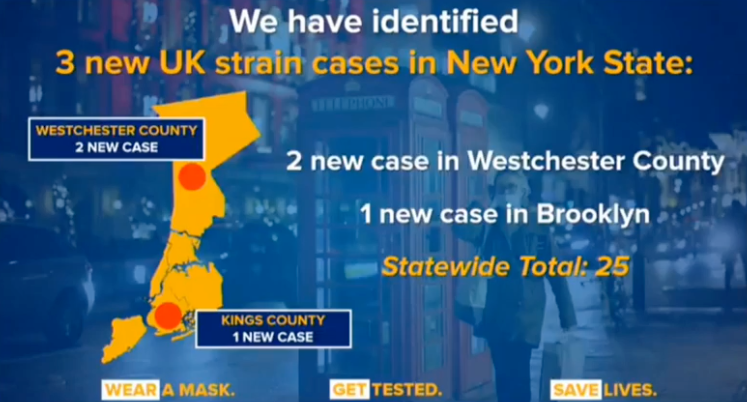 Cuomo announced the first case of the variant in Westchester on Sunday. He hasn’t said where in the county the cases were found.

The first case in the state was found in Saratoga Springs earlier this month; at least two more cases have been linked to that case.

The Centers for Disease Control and Prevention warned last week that the variant could become the dominant strain in the U.S. by March.

While the mutant strain isn’t believed to be more deadly, it is more transmissible, which could lead to more cases and, thus, more deaths, officials have warned.

None of the 25 people in New York who have the variant have died, according to State Health Commissioner Howard Zucker.

New York’s overall COVID positivity rate was 5.65% on Friday as the state reported 15,144 more cases and another 165 deaths.

Total COVID hospitalizations are at 8,846.

Sadly, there were 165 fatalities. pic.twitter.com/0ewehBN9XM

Cuomo said hospitalizations had declined markedly this week; they dropped by 218 on Thursday and 209 on Friday to 8,846 patients.

Cuomo said the rate of increase in hospitalizations was also slowing after the surge following the holidays.

However, the governor warned that the state would run out of its current vaccine allocation on Friday.

“We run out of allocation today. The week 1 to 5 allocation will be exhausted by the end of the day Friday, may already be exhausted, frankly,” he said.

As of today, 97% of the first doses New York received from Weeks 1-5 deliveries have been administered.

New Yorkers can track the state's vaccination progress through our new Vaccine Tracker.https://t.co/iH5Q5OMhDP

Cuomo said there were 28,246 doses left and that 80,000 doses are administered on an average day.

Another 250,400 doses for the upcoming week (Week 6) were being delivered across the state this week.

“We are now going week to week,” Cuomo said.