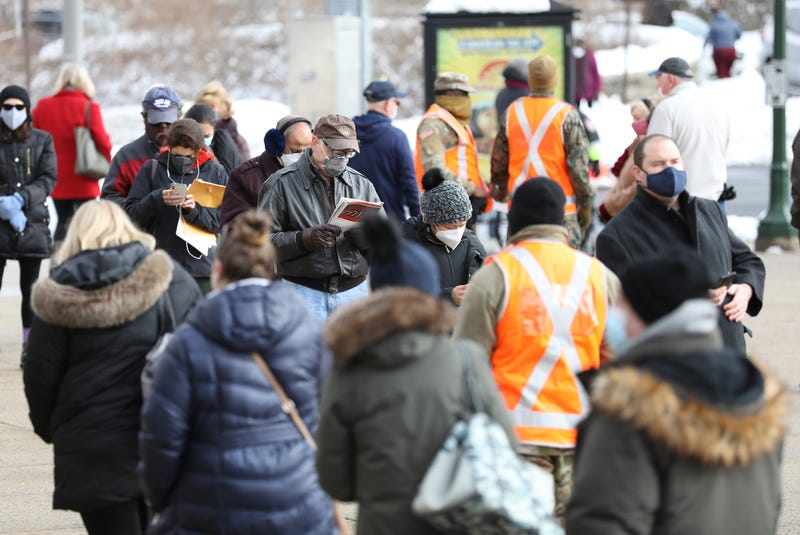 File photo: People with appointments for the COVID-19 vaccine wait on line at the Westchester County Center in White Plains on Wednesday, February 3, 2021. Photo credit The Journal News-USA TODAY NETWORK
By Adam Warner

Saturday’s statewide single-day positivity rate was 2.99%, a decline from Friday’s 3.06%. It’s the lowest level since Nov. 23, three days before Thanksgiving.

The state’s seven-day positivity rate also declined from 3.53% to 3.44%. It has declined for 44 straight days after the "post-holiday surge" in cases.

Total COVID hospitalizations are at 5,764.

Sadly, there were 75 fatalities. pic.twitter.com/9Zdy70WpAi

The state reported another 75 deaths, bringing the pandemic death toll to 37,851, according to state data.

There were 3,384 new cases and 38 more deaths in New York City on Saturday, the state said.

Cuomo also announced Sunday that the South African coronavirus variant has been identified in a New York state resident for the first time.

“We continue to see a reduction in positivity and hospitalizations throughout the state, which is good news, and this progress is allowing us to reopen the valve on our economy even further,” Cuomo said in a statement. “But with the discovery of a case of the South African variant in the state, it's more important than ever for New Yorkers to stay vigilant, wear masks, wash hands and stay socially distanced.” 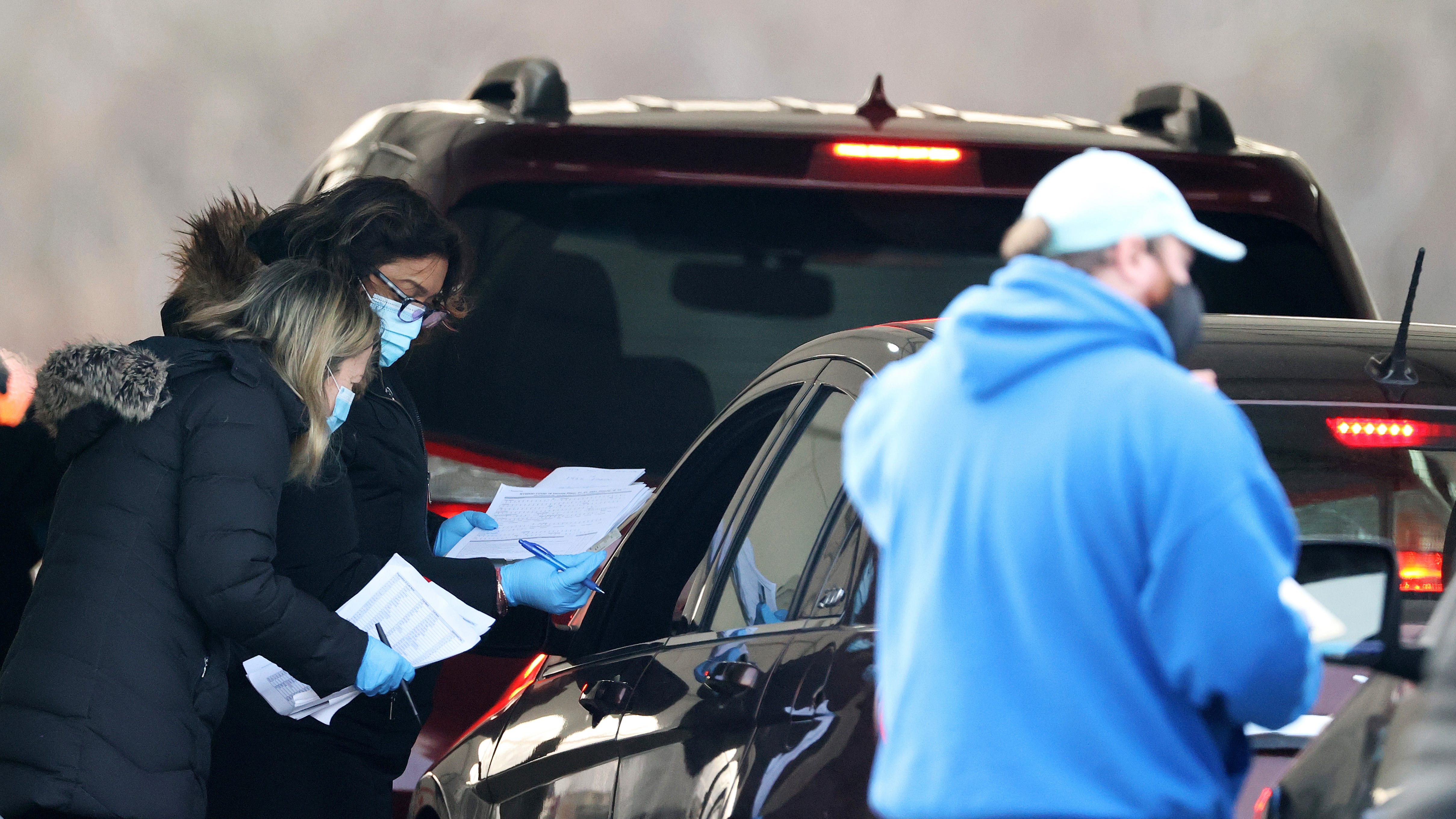