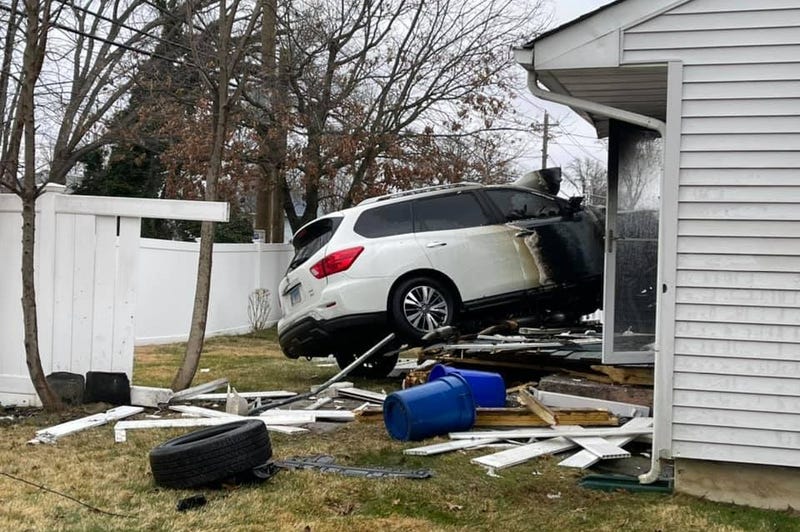 NEW YORK (1010 WINS) -- A driver crashed into a police car before careening into the side of a house on Long Island, injuring two officers and setting the home ablaze, officials said Friday.

The driver crashed into the Suffolk County police car before hitting the home on Elkton Lane, near Woods Road, around 2 p.m. on Friday, the North Babylon Volunteer Fire Company said.

At approximately 2:00pm today, we were dispatched to the scene of a motor vehicle accident at Woods Road and Elkton...

The crash injured two officers, one of whom was airlifted to a nearby hospital for treatment, the fire company said. The airlifted officer's injuries were not life threatening, ABC7 reported.

The SUV driver was also taken to a nearby hospital with non-life threatening injuries, the outlet reported.

Firefighters managed to put out the blaze soon after the crash, and no one inside the home was injured, according to the fire company and ABC7’s report.

It wasn’t immediately clear what caused the crash. An investigation is ongoing.