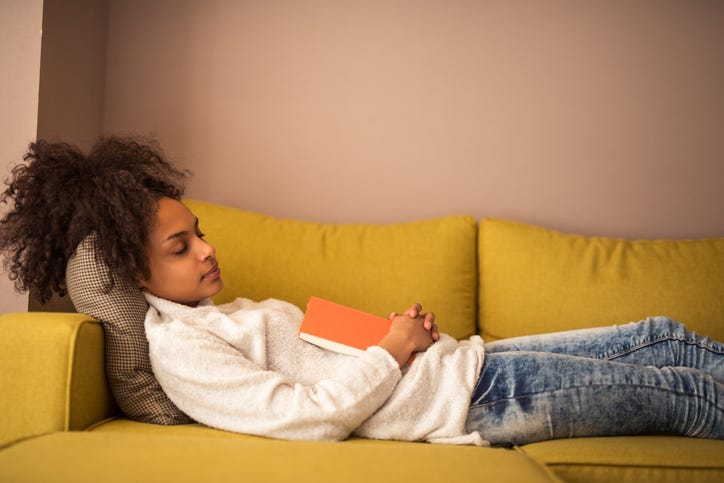 A midday snooze may just be what the doctored ordered.

A new study has found that people that nap once or twice a week could lower their risk of having a heart attack or stroke, reported the New York Post.

People who nap regularly may be less likely to suffer a heart attack https://t.co/lNGblafY6z pic.twitter.com/KStnE6LkWJ

Researchers from the University Hospital of Lausanne, Switzerland looked at the napping patterns of 3,462 people between the ages of 35 and 75 and tracked their cardiovascular health over the course of five years.

Almost 60% of respondents said they didn’t nap at all. One in five said they nap once or twice a week, while another 20% claimed to nap three or more days a week.

People who napped once or twice a week cut their risk of stroke or heart attack by 48% as opposed to those who never napped.  But those that napped three to seven days a week actually increased their risk of a coronary incident by 67%.

In general, researchers found that those who napped a little had healthier lifestyles, while those that needed it on an almost daily basis were more likely to have other issues going on and be more sleep deprived.

Frequent napping was also more common in older men, smokers, people who are overweight, and people who suffer from sleep apnea.

Still researchers think it may be too early to say napping is crucial for peak heart health.

"I don't think one can work out from this work whether intentional napping on one or two days per week improves heart health, so no one should take from this that napping is a way to lessen their heart attack risk," Naveed Sattar, Professor of Metabolic Medicine at the University of Glasgo said.

With that being said, take a nap at work at your own risk!