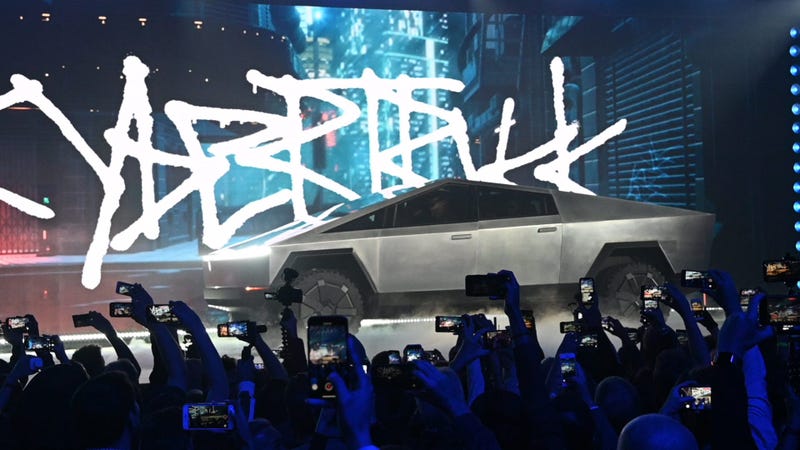 The debut of Tesla’s new Cybertruck has many perplexed by the futuristic “Blade Runner”-inspired look of the vehicle.

But there’s actually a functional reason for the truck’s triangular yet boxy design beyond the company’s CEO Elon Musk wanting it to be as extra as possible.

I'm gonna tell my kids this is the first pick-up pic.twitter.com/RyNcYfIZ33

According to TechCrunch, the Cybertruck features a unibody design, which means the vehicle’s body and frame are one, similar to a metal cage. Most other pick-up trucks have a body-on-frame design, in which the body of the vehicle sits on a metal frame.

For body-on-frame trucks to be able to pull heavy loads you just have to make the frame heavier, as that is what handles all the stress. But in a unibody design like the Cybertruck, “the vehicle has to employ a key design element to enable high-capacity towing: a sail pillar.”

And to increase the Tesla’s towing capacity the Cybertruck had to use as big of a sail pillar as possible, which explains the severe and triangular backend of the vehicle.

The unconventional look appears to have paid off as the Cybertruck boasts a maximum towing capacity of 14,000 lbs, which dramatically exceeds the capability of a Ford F150.

Its light stainless steel frame also allows the all-wheel-drive model to go from 0 to 60 mph in just 2.9 seconds. The two-wheel drive model will be a bit slower as it takes 6.5 seconds to reach that speed, according to Outside.

Car buyers can choose between three Cybertruck models ranging in price from $39,900 to $69,900, depending on whether you choose one with a singular, dual or tri motor.

Since its release last week, Tesla has received 250,000 pre-orders for the Cybertruck, which isn’t scheduled to begin production until 2021.