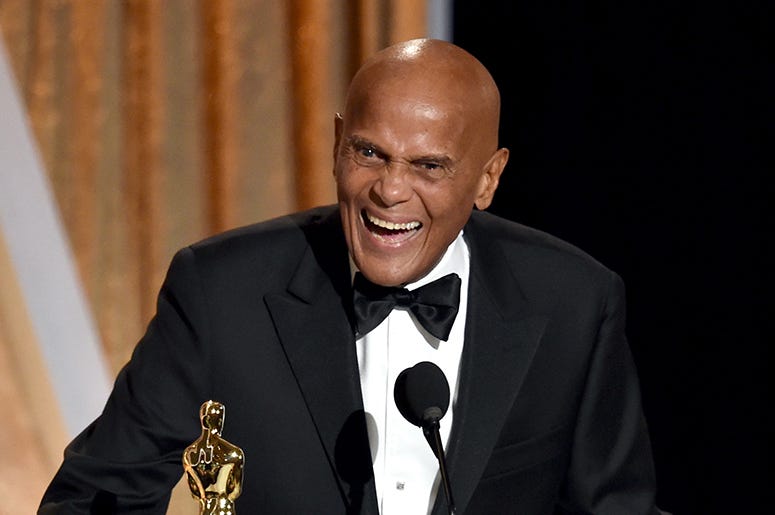 Harry Belafonte is set to bring in his 94th birthday with a bang.

On Sunday, February 28 at 7PM ET, a star-studded list of actors, activists, and political figures will gather together for a surprise live virtual party for Belafonte ahead of his upcoming birthday on March 1.

94 years of life. 1 incredible celebration. Join us for #GatheringForHarry on 2/28 — a celebration of our founder and our 15 years of work. We’ll be joined by our close friends including @common, @mrdannyglover, @tamikadmallory, @MsJackieCruz, and more: https://t.co/JEDjAMuh0Q pic.twitter.com/jqFnyHPyLB

Referred to as 'The Gathering for Harry,' the virtual event will include special performances and appearances from Common, Danny Glover, Chuck D, Bernie and Jane Sanders, Stacey Abrams, Aloe Blacc, Tamika D. Mallory, and Rev. Al Sharpton, among others.

The special gathering will also feature video tributes and testimonials paying homage to the legendary actor, singer and activist. Proceeds from the party will benefit Belafonte's The Gathering for Justice, a nonprofit organization that works to end child incarceration and eliminate the racial inequities in the justice system.

Belafonte, who's one of the few talents to have achieved EGOT status -- winning an Emmy, GRAMMY, Oscar, and Tony Award -- is noted for his decades of activism, including being involved in the U.S. civil rights movement. He was also a prominent force in ending South Africa's oppressive apartheid regime and working for the release of his friend, Nelson Mandela.