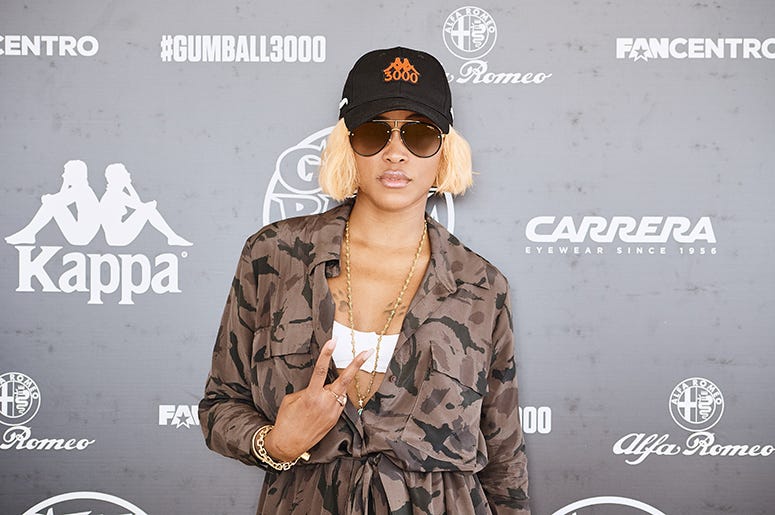 Eve will forever be known as one of the leading ladies in Hip Hop, stemming from her days as the First Lady of Ruff Ryders. These days, she’s the wife of a multimillionaire, recently stepped down as co-host on The Talk after 4 seasons, and even has a thriving podcast. Even with her juggling all these hustles, her stride isn’t slowing down in the slightest because in her newest role, she will be combining her love for music and acting.

It was announced via Deadline Friday (Feb. 19) that she will be one of the leads in the forthcoming Hip Hop drama, Queens. The hour-long pilot is the brainchild of Zahir McGhee, who has previously served as a Writer and Producer on the hit primetime show, Scandal.

The announcement describes Queens as a drama surrounding “estranged and out-of-touch, four women in their 40s [who] reunite for a chance to recapture their fame and regain the swagger they had as the Nasty B*****s – their ’90s group that made them legends in the hip hop world.” The “Who’s That Girl” rapper will play Brianna, a character who performed under the pseudonym, “Professor Sex,” yet in the present-day is a wife who caters to five children with limited downtime for herself. However, the question remains about whether or not Eve’s character will reunite with her former bandmates when the opportunity presents itself.

It is being reported that Eve will “record and perform songs as her character.” She formerly starred in an eponymous sitcom from 2003-2006, is credited for several guest appearances and starred in the comedic feature film, Barbershop, along with its sequel.

In an interview with Wonderland Magazine, Eve mentioned that she is also working on a show “about women and supercars.” Details have yet to be announced.