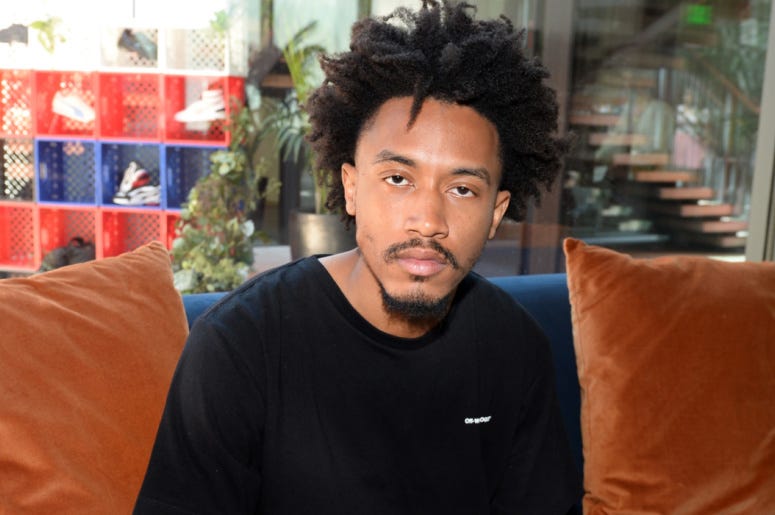 Def Jam and Marvel Comics are joining forces for the first time in a special collaboration that will blend the voices of Black creatives with the legendary comic series in the final three issues of Black Panther.

Rising stars, Saint Bodhi, Bobby Sessions, and Kaash Paige will contribute short stories to issues #23, #24, and #25, respectively, which are the last of the “Intergalactic Empire” chronicle from esteemed writer, Ta-Nehisi Coates, and acclaimed artist, Daniel Acuña.

Bodhi will highlight Storm in an “emotional story grounded in tragedy and acceptance.” In an interview with Rolling Stone, the Los Angeles native shared how close sharing this story is to her heart. “This one is about a girl in Africa who’s struggling with her anger issues after her family is murdered. The whole world was about to crack open because of her anger, and I thought Storm was best suited to go help this little girl… Storm also dealt with a lot of trauma when she was growing up. She’s like Mother Nature in my eyes… I feel like she’s the strongest mutant,” she reflected. This installment will be available on February 24th.

Bodhi’s story will also be included in Marvel’s Voices: Legacy #1, which is a “celebration of Black voices and artists.”

Sessions will tell the story of the Black Panther, King T’Challa himself, and is slated for a March release. Paige will highlight Princess of Wakanda, Shuri in the series' finale installment, set for an April release. More information will be announced in the coming weeks.

Due to the pandemic, the esteemed label has been seeking new ways to amplify their artists’ stories. Def Jam’s Partnership Consultant, Jonathan Rheingold, previously ran Marvel’s custom solutions group and stated that, “bringing these two logos together was a dream. There was a mutual desire to unite these two great brands for a mission and a cause — leveraging Def Jam's rising stars and the legendary Marvel characters to tell powerful stories that would make an emotional connection with fans of both cultures."

In conjunction with their individual contributions, each artist will also have an exclusive feature to “align with the Def Jam Forward initiative to promote social, economic, and educational equality.” While other artists like Wu-Tang Clan have joined forces with the comic world, this is the first time a partnership of this caliber has come to fruition.