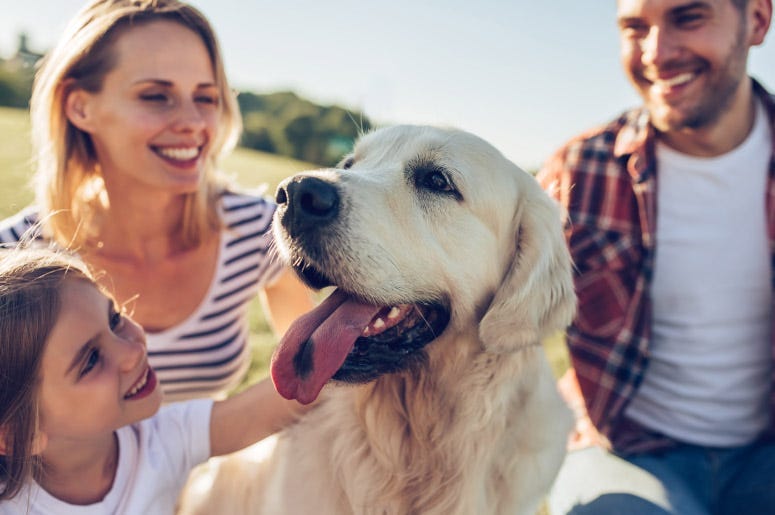 On Facebook the other day, I saw a friend post about how People for the Ethical Treatment of Animals (PETA) was trying to get people to evolve their terminology around household animals from the word ‘pet’ to ‘companion’; that the word ‘pet’ is derogatory to animals.

Yes. Let that sink in for a moment.

I was surprised to find that there wasn’t a lot available on this ‘movement’ – it looks like back in 2011 the Journal of Animal Ethics introduced the concept of calling animals ‘pets’ to be insulting, but not much had been done about it since. At least not until Good Morning Britain last month.

Now, PETA appears to have updated the animal language on its website to reflect the use of ‘animal companions’ already. But the debate between pet and companion, I can totally wrap my head around… about 2 minutes into the segment above, they take a look at other outdated, anti-animal language that comes in as popular phrases.

For example, instead of “Take the bull by the horns” PETA suggests saying “Take the flower by the thorns.” That among the many other phrases has me overly skeptical… I would almost prefer they encourage people to stop using the phrases altogether over changing them.

Related: Yelling At Dogs Can Cause Them Long-Term Trauma

Piers Morgan and Susanna Reid went on to reference phrases like “let the cat out of the bag”, “one-trick pony”, “elephant in the room”, and “bigger fish to fry”.

Though Jennifer White of PETA was mocked for suggesting an update in the language, switching from pet to companion wouldn’t be that hard. I also don’t see a big deal with calling them a pet either. At the end of the day, it’s about how you treat the animal.

No it is not derogatory. What is derogatory is lack of care., Food, shelter and love are paramount.

Okay, you’ve got more context now, where do you stand on the debate… are you going to keep up with calling your household animal a pet or are you updating your vocabulary to companion?

Know of any other phrasing that should be updated or debated? Hit me up on social media at @JMattMke (same handle on Instagram, Twitter, Facebook, Snapchat, and TikTok)!