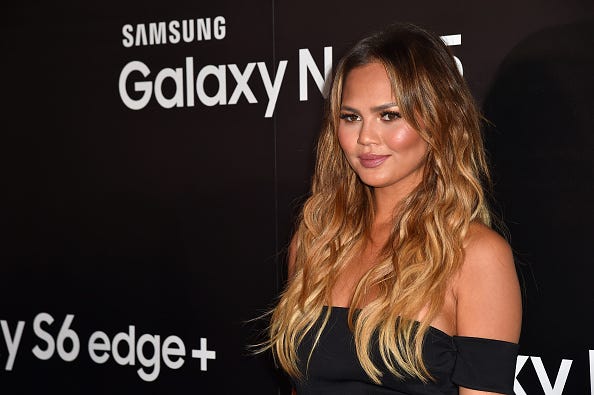 Chrissy Teigen has completely pulled the curtain back on what it’s like being a celebrity.

In an extensive Q&A session on Twitter over the weekend, the outspoken star gave insight on everything from how she name-drops to get dinner reservations, the secret airport terminal A-listers get to use and even the one thing she can’t stand about husband John Legend.

It all started when a Twitter user asked if celebrities had junk drawers like the average person. Teigen responded with a pic of her very organized drawer with the caption, "It's celebrity question asking time! Ask me, your favorite A list celebrity anything you would like to know about being a super huge A list celebrity."

Right off the bat, the 34-year-old kept it real disclosing she isn’t afraid to use her fame to get a dinner reservation at a hotspot.

“I make reservations and don't give them the option to say no,” she wrote, before revealing what she typically says on the phone. “‘Hi it's Chrissy Teigen and I’d like to make a reservation for 2 for John Legend, do you have any availability?’”

Admitting that the name-dropping works, Teigen added: “If you just say ‘hi can I make a reservation for 2?’ They say no. Gotta say it all at once.” Duly noted!

As far as travel, the perks aren’t just about flying first class, but getting to bypass the commoners at the gate.

“There is a terminal a mile from the airport that you pay membership for,” the mother of two said. “They do the same security privately and take you to the plane in a car. I know. I know."

there is a terminal a mile from the airport that you pay membership for. they do the same security privately and take you to the plane in a car. I know. I know. https://t.co/BtFaTBaMKh

Other interesting tidbits Teigen revealed include how she doesn’t receive any mail at home because her business accountant handles all the bills, she and Legend have mortgage payments since they didn’t buy their house all at once and they employ four nannies in total.

And despite being happily married for six years, Teigen confessed there is one thing about Legend she absolutely can’t stand.

"Scheduling. He will tell me something he knows I didn't hear and get mad when I am confused later," she added "'Hey, I'll take Luna to school today and also I'm going to Washington D.C. next week.'"

But despite being rich and famous, Teigen insists she doesn’t have a lot diva demands and only has one must have on her contract riders.

“My only weirdo thing is buttermilk hidden valley ranch, not from the bottle and not the dip,” the “Lip Sync Battle” host wrote. “The package, marked buttermilk.” Totally relatable!