Bachelor Nation, were you shocked?

Crawley released a statement about her split from her fiancé after he confirmed their breakup.

“I was made aware of a ‘mutual’ statement at the same time you all were, so I’ve needed some time to really digest this,” the 39-year-old hairstylist wrote on Instagram. “Speaking for myself, my intentions with this relationship have always been very clear, so the truth is I am crushed. This was not what I expected or hoped for and am still trying to process this.”

Long story short, it all started on January 19 when Moss confirmed their separation and shared it was “the healthiest decision for both of us.” He also explained how he wishes for the best for his former fiancée.

Moss went on to blame his and Crawley’s packed schedules and how they both had many things going on in their lives.

However, as Chris Harrison once said, it will be “the most dramatic season ever." And the drama continued for the former love birds.

Multiple sources tell E! Moss was allegedly cheating on Crawley throughout the entire engagement. E! Chose to not name the woman at this time, but say Moss has been talking to her since late 2019. The 32-year-old told his fiancée that it was just a business relationship.

“Clare has always been skeptical,” one source says. “She never trusted the friendship and thought it was shady.”

Another source says that the woman “has been talking to her friends about sneaking around with Dale.” When talking about Crawley, the source said “she has seen proof” that whenever Moss was in New York City without her, he was with the other woman. 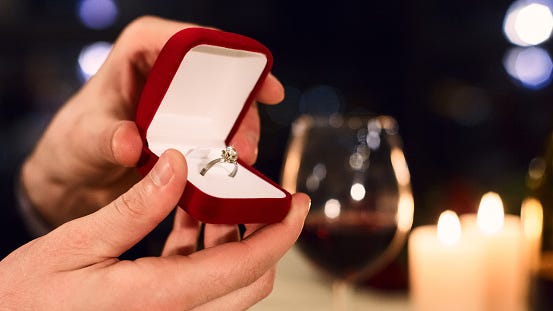 What happens next? We will just have to wait, Bachelor Nation.