DETROIT (WWJ) You may feel a little more r-e-s-p-e-c-t for other drivers along M-10 in the city of Detroit.

The stretch of the Lodge Freeway from Livernois to I-94 is now named for the Queen of Soul, whose 1985 hit "Freeway of Love" remains an anthem for the Motor City.

The sign is posted along the Lodge at Pallister in the New Center area, visible for those traveling both north and south. 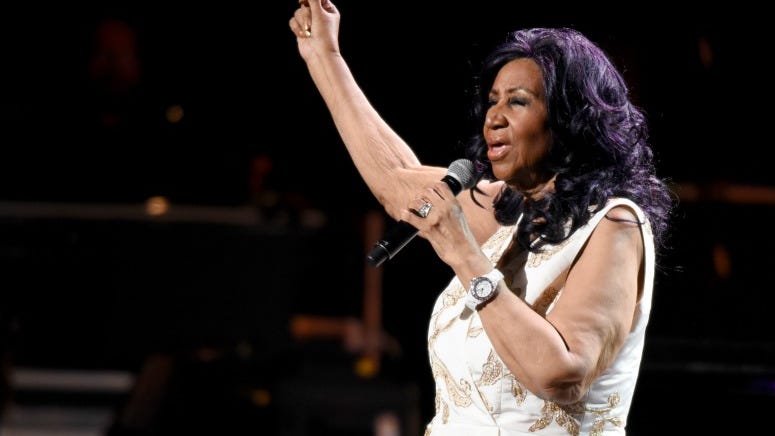 "Unlike others who came from the city and left, this freeway actually tracks the extraordinary course of her life," said Detroit Mayor Mike Duggan. "Anybody who passes through this city, no matter how briefly, is going to be reminded that the queen of soul came from the city of Detroit."

The Queen of Soul gets her “Freeway of Love” in the @CityofDetroit and yes, pink @Cadillac (s) were involved. Get the story on @WWJ950. pic.twitter.com/MkHWN12k0A

"The people of Michigan are proud to claim Aretha Franklin," Gov. Gretchen Whitmer said. "Now, as people from all over the world travel to Detroit on the Aretha Franklin Memorial Highway, they will be reminded of the profound impact that she had on the city and on the state."

She noted that it took two years to make it happen.

"I tried to convince them that she is worthy," said Love. "Everyone across the world has honored and recognized her in some way. What has the state done? And so finally, enough people said 'you're right Rep. Love'."

"I would just like to say how proud I am of my mother today," said KeCalf Franklin, Franklin's youngest son. "We just want to say from the family... thank you for all the great support over the last two years it has been very gratefully appreciated by the family."