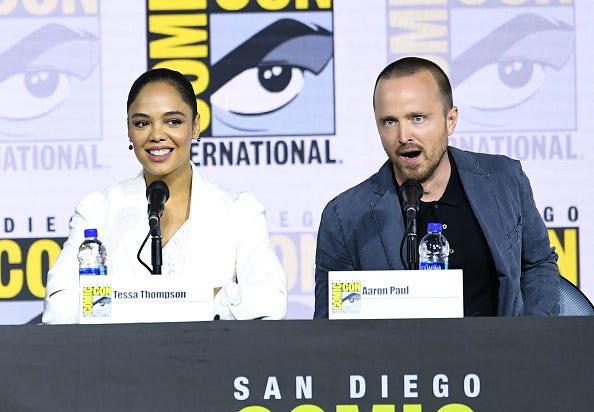 There’s no turning back.

HBO’s latest trailer for “Westworld” gives fans a deeper look at the futuristic world introduced in the brief first trailer that debuted in July.

In the highly-anticipated third season, Dolores, Maeve, and the rest of the characters get a change of scenery as they swap the park that’s been instrumental to the first two seasons for a futuristic Los Angeles, a world they’ve never seen before and one that finds humans and androids coexisting.

Additionally, the trailer for the sci-fi thriller reveals a face-off between Maeve and Dolores as the android hosts hunt each other down after Maeve is instructed to “find and kill Dolores” by a man in a white tux.

Amidst the car chases, explosions, and fight scenes, Dolores warns: "the real gods are coming, and they're very angry."

Best of all, an orchestral version of “Sweet Child O’ Mine” by Guns N’ Roses sets the scene for the part of the trailer.

The season has been a long time coming as fans have been patiently waiting since the season 2 finale aired in the summer of 2018.

But despite the extended wait, the season will be slightly shorter with an 8 episode count, which is down a smidge from its former 10 episodes.

The series returns to HBO on March 15.