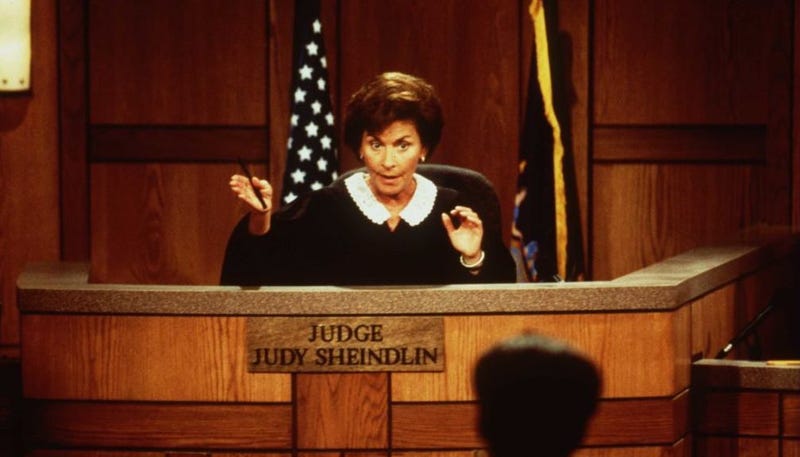 Jerry Bishop, who announced “Judge Judy” for 24 years, has died at the age of 84.

His daughter told the Hollywood Reporter that Bishop passed away from kidney failure and heart complications.

Bishop was born in Hartford, Connecticut where he later majored in broadcast journalism at Emerson College, eventually majoring in radio.

In 1963, he started working at KCBQ, a radio station in San Diego, California. Two years later, he moved to Los Angeles with his late wife Velma Joan Leventhal to work for another station, KLAC.

Back in 1996, Bishop started to work with Judge Judy Sheindlin when her show first aired.

“He remained a permanent fixture of the show until his death. Everybody loved him … He had a golden heart and a generous spirit. I adored him and will miss him,” Sheindlin said in a statement.

Back in March, Sheindlin announced that after 25 seasons in the courtroom, her show would be ending. But the host of the famous show isn’t ready to leave the bench just yet as she's also announced that she's going to be working on a new endeavor.

Sheindlin confirmed that she is working on a new series, called “Judy Justice.”

In an interview with Ellen DeGeneres, she said that she is not tired and she is not leaving television anytime soon.

Sheindlin has reigned queen over the Emmy Award-winning "Judge Judy" since its conception in 1996. She is one of the highest-paid television stars, raking in nearly $47 million per year for her work on "Judge Judy."